I admit it: I am a latecomer to the world of social networking. A few years back, I joined LinkedIn, where a local writers group had congregated. Today I still have fewer than 50 connections, and if my college hadn’t set up a group for its alumnae association (with a subgroup for writers and editors), I would never visit LinkedIn at all. Facebook puzzles me even more. It seems so vast, so omnipresent, so wildly in flux. It changes its policies and appearance without warning, often with no obvious benefit to its users. The news feed, even with my tiny network, scrolls by so fast I miss half the posts. As for Twitter, the mere thought of navigating thousands of 140-character tweets makes me cringe.

The one social network I “get” is Pinterest, which I have loved from the moment I saw it. As a historian, I write about times and places—revolutionary France, 18th-century London, 16th-century Russia, the remnants of Genghis Khan’s empire—unfamiliar to many people, so having a place to post pictures strikes me as a great resource for my readers. And for me: even before I discovered Pinterest, I spent far too many hours searching the Web for images of my characters and settings. I have tons of material to share and get a kick out of sharing it. So Pinterest and I hit it off right away. The word on the street is that Pinterest focuses on food, hairdos, and fashion, but that description doesn’t apply to me. I have nine boards of my own, plus one that someone added my name to, and seven of them relate to books. My books, other people’s books, writing books—books.

But Pinterest is a separate story. This blog post involves Facebook—specifically my efforts to set up a Facebook account devoted to my novels. The problem was my pen name, which uses initials: C. P.  Facebook does not like pen names; it wants all its users to give their real names. Perhaps for the same reason, it also does not like initials, as I discovered when it informed me that my proposed name had too many periods. By the time I figured out that I could have dropped the periods and called myself C P, I had already caved, established the account as Catriona Lesley, and accumulated a small number of friends. I decided to let Catriona stand and set out to build a network.

Eventually I stumbled over the concept of pages, including the idea that you could “like” a page and have future posts show up on your news feed. Very useful, if the posts advertise free books or promote the works of other authors or even just link to blogs that I may want to follow or read. Even then, it did not occur to me that I could set up a page of my own. (I told you I was a latecomer to the idea of social networking.)

Finally, yesterday, by watching another author’s skilled maneuvering of the system, the penny dropped. I discovered the secret. Catriona has set up an author page for her alter ego, C. P. Lesley, with links to her blog posts and Web site and relevant Pinterest boards. Apparently, Facebook permits initials with periods so long as they are on author pages and not user accounts. Who knew?

You can find the page at http://www.facebook.com/cplesley.authorpage/. If 25 people show up and “like” the page, Facebook will consider it permanent and issue me a user name.

And please feel free to “friend” Catriona Lesley or follow her on Pinterest. She values every one of her friends and is always happy to expand her network.
Posted by C. P. Lesley at 2:14 PM

A late and short post today, due to the combination of a manuscript that had to get done (work, not novel-related) and the dreaded annual ... 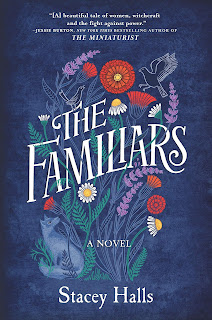