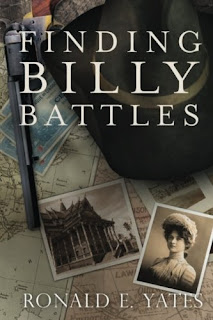 Fictional characters serve many purposes, but one particularly if not exclusively suited to historical fiction is the chance to insert an invented person into crucial events in the past.

Now, I am the first to admit that this approach often drives professional historians nuts. But in my view, it can’t be worse than the alternative: imagining conversations, thoughts, emotions, and personalities and attributing them to people who actually lived. I much prefer creating characters of my own and throwing them into the midst of this or that long-ago drama, because it seems unlikely to me that readers will believe that my Nasan, for example, changed the course of Russian history. Whereas if I make an assertion about Elizabeth I, a student somewhere may just remember it as “true.”
I can do my best to correct any misapprehensions in the Historical Note—and I do—but that  assumes that readers will both peruse the note and recall it later. So I still choose, when I can, to keep my characters fictional.

As a result, I appreciate the approach used in the two novels whose author I interviewed this month for New Books in Historical Fiction. Ronald E. Yates—who traveled the world as foreign correspondent for the Chicago Tribune and later taught journalism to others, ending that career as dean of the College of Media at the University of Illinois before moving into fiction—sends his Billy Battles into many of the places he visited as a reporter. Billy observes, and to some extent participates in, events in Dodge City and Tombstone, Saigon and Manila. In the process, he falls in love, marries, has a child, and falls in love again. It’s all tremendous fun but instructive, too, in a light-hearted way—a reminder of how much the world has changed in the last century a half, and in what ways it hasn’t. 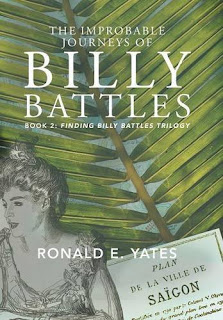 As always, the rest of this post comes from New Books in Historical Fiction:

Journalism, history, biography, memoirs, and historical fiction overlap to some degree. The first two focus on provable facts, but the facts must be arranged to form a coherent story, and that requires an element of interpretation, especially in history. Biography and memoirs demand even more of a story arc, although still devoted to a specific person who once lived or still lives. And historical fiction, although it departs from that fundamental reliance on what can be documented or evidenced, instead inventing characters or putting words into the heads and mouths of real people, nonetheless relies on creating a “you are there” sense of authenticity that cannot exist without considerable research into how people in a given time and place dressed, talked, ate, traveled, and socialized.

Finding Billy Battles and its sequels, The Improbable Journeys of Billy Battles and the forthcoming The Lost Years of Billy Battles (title not set), occupy this space between journalism and fiction. William Fitzroy Raglan Battles, a centenarian in an old soldiers’ home when his reluctant great-grandson makes his acquaintance, turns out to have lived a rich and varied life that has taken him through the American Wild West, the Philippines, late nineteenth-century Saigon, the Spanish-American War, and other places, not to mention many of the tamer regions of the United States. A reporter by inclination and training, Billy typically observes and records, but the areas he visits often draw him into their conflicts, blurring the line between participation and journalism.

Ronald Yates, himself a journalist and professor of journalism who has visited many of the destinations where he sends his main character, brings each of these venues to life in a way that is both vivid and true to the time period. And in Billy Battles, based on a veteran of the Spanish-American War whom Yates interviewed in the same old soldiers’ home where we first meet his hero, Yates has created a multilayered portrait of a man of integrity who just can’t resist a good fight.

Yes, I know, it’s only six weeks since the last bookshelf post. But with the pandemic dragging on and spring finally on the horizon, I have ...