A new year, and a new book of my own (on which, more soon), but I still have a stack of other people’s new historical novels on my reading list, both via NetGalley and occasionally in print. As it happens, all of these are forthcoming between January and March of this year. So I’d better start reading fast!

Lynn Cullen, The Woman with the Cure
(Berkley, 2023)
It seems safe to say that we have all heard of Joseph Salk and Albert Sabin, who developed the injected and oral polio vaccines. But how many of us know that the crucial identification of how polio spread in the body and where its trajectory could be interrupted came from a woman, Dr. Dorothy Horstmann? Because of her work and the contributions of her colleagues, both male and female, what was once an incurable scourge is now on the brink of eradication. In the midst of COVID-19 and the vaccine hesitancy stoked largely for political reasons, this look back has a special poignancy. I’ll be interviewing the author for New Books in Historical Fiction in February. 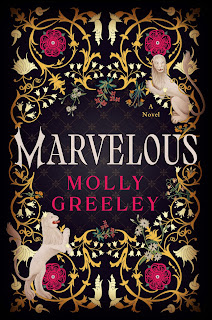 Molly Greeley, Marvelous (William Morrow, 2023)
Another unexpected window on a medical mystery, this novel by the author of two remarkable Jane Austen spinoffs tackles the real-life couple whose story became the basis of the fairy tale Beauty and the Beast. Petrus Gonsalvus, a captive from Tenerife in the Canary Islands, had a congenital condition that caused hair to grow all over his body. Brought to the Renaissance court of Henri II of France in 1547, he became the king’s ward and eventually married the beautiful sixteen-year-old daughter of a merchant fallen on hard times. Whatever she’s expecting from the arranged marriage, a guy who looks like Chewbacca is not it. Greeley’s writing is beautiful, and the tale of how this unlikely couple finds its way to acceptance and even love is heartwarming. We’ll be talking about it on the New Books Network in March. 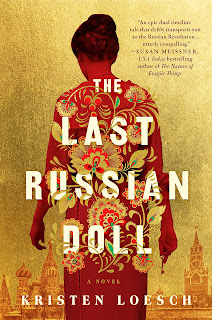 Kristen Loesch, The Last Russian Doll (Berkley, 2023)
This dual-time novel follows the quest of a young Oxford doctoral candidate named Rosie—who turns out to be Raisa, an escapee from Russia—to understand the circumstances that led to the murders of her father and older sister. In 1991, just as the USSR is dissolving, she agrees to work as an aide to a prominent dissident who is returning to St. Petersburg (then Leningrad).

Her story is contrasted with that of Antonina, a young merchant’s wife in St. Petersburg, who lives through the 1917 revolution and the Stalin period that follows. The relationships among these characters become clearer over time, symbolized by a set of porcelain dolls (not the expected wooden nesting dolls, which is a nice touch), each of which contains a clue to Rosie/Raisa’s past. I’ll be hosting a written Q&A with the author on this blog around the time of the book’s release in mid-March. 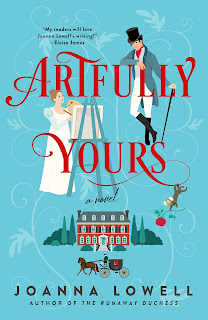 Joanna Lowell, Artfully Yours (Berkley, 2023)
I was under the impression, when I agreed to read this novel, that it was a historical mystery. Actually it’s not, but I’m so glad I misunderstood, because I might otherwise not have given the author the chance she so richly deserves. The book is a hoot, in the most delightful sense: a romance set in the late Victorian era that features a gifted painter and would-be baker earning her living as a forger of Old Masters and the one man in London with the art chops to reliably identify fakes. Add in a marmoset, a diva determined to wring a five-star review out of the art critic, a sisterhood of painters at war with the gallery administrators, and a dysfunctional family or three and you have all the ingredients for a delightful read. I hope to host a written Q&A with the author in late February and, with luck, I’ll have had the chance to read her two previous books before then. 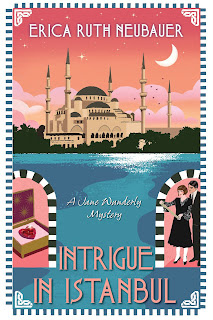 Erica Ruth Neubauer, Intrigue in Istanbul (Kensington, 2023)
This latest Jane Wunderley novel moves Jane and her beloved Redvers to the Bosphorus in search of her academic father, who has gone missing while on the hunt for the lost heart of Suleiman the Magnificent. It’s still 1926—meaning that Jane and Redvers have encountered no fewer than four mysteries in less than a year—and the personal quest is soon complicated with international intrigue and the arrival of Jane’s unstoppable Aunt Millie.

I really enjoyed the first three books in this series and look forward to discovering not just the answer to this mystery (for obvious reasons to do with my own interests, Suleiman the Magnificent is an immediate draw for me) but how the relationship between Jane and Redvers continues to develop. For more information about the series, listen to my New Books Network interview with the author last year. 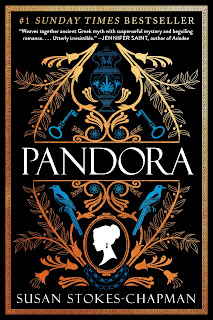 Susan Stokes-Chapman, Pandora
(Harper Perennial, 2023)
This fascinating retelling of the Pandora myth, with the box transformed into a Grecian urn, takes place in London at the very end of the eighteenth century. A young woman named Pandora and known as Dora lives unhappily with her grouchy uncle Hezekiah, who is doing his best to destroy the high-level antiques store left to him by Dora’s deceased parents. The discovery of the urn, so ancient it cannot be dated by the techniques available at the time, sets off a treasure hunt that forces Dora to confront the truth of her parents’ death, her uncle’s greed, her desire to achieve independence by selling her jewelry designs to eighteenth-century London’s equivalent of Tiffany’s, and the possibility of love—exemplified by the young man who aids her in her quest (for his own reasons, which soon become an impediment to his relationship with Dora). It’s a gripping read that starts slow but snowballs, and I’ll be talking with the author for New Books in Historical Fiction in January. 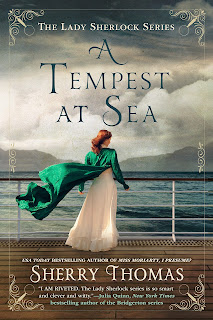 Sherry Thomas, A Tempest at Sea (Berkley, 2023)
Another series I loved, and for which I interviewed the author when book 6, Miss Moriarty, I Presume, came out. For reasons she explains in that interview, Thomas has reimagined Sherlock Holmes as his opposite: a plump, young blonde woman of aristocratic lineage who arranges for her own disgrace in book 1, A Study in Scarlet Women. I am so looking forward to reading this latest installment, and I was delighted when Thomas’s publicist pitched me with the NetGalley. I’ll be hosting a written Q&A with the author here on the blog after the book releases in mid-March.

And best wishes for a Happy New Year—and lots of great books—to all my readers and listeners!