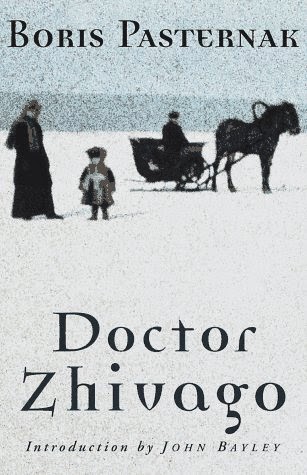 I can no longer recall whether I first encountered Yuri Zhivago through David Lean’s 1965 film or Boris Pasternak’s novel. Logically, based on how I thought as a teen, I would have seen the film, fallen in love with Omar Sharif, and read the book as a result. I was in high school at the time, and Rod Steiger’s nephew (Rod Steiger plays Lara’s nemesis, Komarovsky, in the film) happened to be in my French class—a source of great prestige for him. But the timing doesn’t quite add up, since by then I also had two years of Russian under my belt, so I should have been able to follow the book better than I did. So perhaps I read the novel first, having heard how great the film was, and saw the movie only later.

Either way, that was a long time ago, so when the Dead Writers Society on GoodReads decided on a group read of Doctor Zhivago in May, I volunteered to lead it. Only problem was when to fit in a 550-page book among the various novels I was reading for interviews—not to mention the temporarily neglected Reduce the TBR Challenge, for which this book counts, and my Sail to the Past History Challenge, for which it doesn’t. As group leader, I figured I needed to get my act together, so I grabbed the old Max Hayward/Manya Harari translation sitting on the bookshelf and started early. As of today, I’m two-thirds through.

So what do I see, that I missed the first time around? As with most of the books I’ve revisited after decades, the answer is “tons.” The perceptive observations on life, the skillfully delivered philosophy, the clear-eyed portrayal of revolution and civil war, the sheer gorgeousness of the writing. To pick a page at random:


The light, sunny room with its white painted walls was filled with the creamy light of the golden autumn days that follow the Feast of the Assumption, when the mornings begin to be frosty and titmice and magpies dart into the bright-leaved, thinning woods. On such days the sky is incredibly high, and through the transparent pillar of air between it and the earth there moves an icy, dark-blue radiance coming from the north. Everything in the world becomes more visible and more audible. Distant sounds reach us in a state of frozen resonance, separately and clearly. The horizons open, as if to show the whole of life for years ahead. This rarefied light would be unbearable if it were not so short-lived, coming at the end of the brief autumn day just before the early dusk.

Such was now the light in the staff room, the light of an early autumn sunset, as succulent, glassy, juicy as a certain variety of Russian apple.


It’s easy to see that Pasternak was, first and foremost, a poet, even without the thirty pages of poems attributed to Zhivago at the back. And the poems themselves are exquisite, defying the occasional clunkiness introduced by translation—another feature that escaped me as a teen. 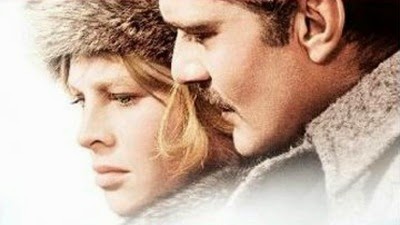 At the same time, I understand why I found the book difficult to follow in high school. I’m curious to see how the reading group will react to it. The first two chapters—a good 60 pages—are laid out like a string of beads, opening with Zhivago as a boy at his mother’s funeral and hopping across the Russian landscape from one character to another, scene by scene, each loosely connected to the one before it until the story closes the circle at the end of Chapter 2. Every character has both a three-part Russian name and at least one nickname; even I, by now accustomed to Russian naming conventions, struggled to keep them straight. Long after the central thread of the story entwines around Zhivago and Lara, then braids them together, characters mentioned only in passing continue to leap out a hundred pages on, leaving the reader with a vague sense of having encountered this person before with no recollection of when or under what circumstances. I have never wished so much for an e-book version, where I could enter the mystery character’s last name and find that earlier reference.

Yet despite sowing a certain amount of confusion, the story hums along at a surprising clip. What I half-expected to view as a chore (however uplifting or impressive) turns out to be nothing of the sort. Knocking off 50 pages a night has not strained my capacities one bit. I’ve even read all the poems.

And in exploring those beautiful, aching verses, I have to wonder: did Pasternak write them first, as he felt his way into the novel? Or afterwards, once he knew where his characters would go? For what is more evocative of Zhivago and Lara’s hideaway than these opening stanzas from “Winter Night”?


As one of the stock characters on Saturday Night Live used to say, “Discuss amongst yourselves!” Or stay tuned, as I update you on the ongoing group read.

Varykino, abandoned in winter, in a screen shot from the 1965 film.