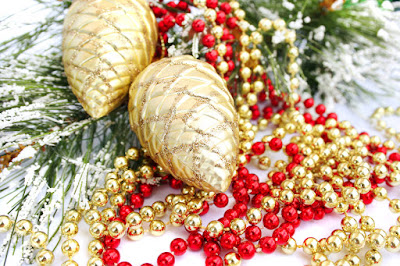 Since January 2013, the first full year in which I kept this blog (I began in June 2012, in preparation for the publication of The Not Exactly Scarlet Pimpernel), I have set yearly goals for my writing. Since December 2014, I’ve also conducted a year-end review of how well I did.

For various reasons, not least that I already have an author interview lined up for next week, I think this may be the last of those annual round-ups/projections. It becomes repetitive after a while, and I suspect the goals—fuzzy as they are—matter more to me than to my readers. But in a tip of the hat to any semblance of normalcy in this incredible year that we have all endured, here is a look at where my fictional journeys into the past have taken me in 2020 and a hint or two of what to expect in 2021.

My goals as listed in my January 3, 2020, post follow, with comments on what did and didn’t come off.

(1) Publish Song of the Shaman (Songs of Steppe & Forest 2), on schedule in mid-January. This novel follows the attempts of Grusha, another secondary character from the Legends series, to balance her Russian heritage with life in a steppe horde and her own needs against those of her six-year-old son, whose future presents an increasingly pressing problem as he approaches the age when his training for adulthood will begin.

Met. The official release date of Song of the Shaman was January 14, 2020; the print edition actually came out this time last year.

Exceeded. I did complete Song of the Sisters, which is now available for Kindle preorder and will release on January 12, 2021. I have also produced three drafts of Song of the Sinner, which my writers’ group is now reading and commenting on at the rate of two chapters per month. When they finish, I will send the book to my favorite fellow Muscovite historian for comment, produce a final draft, and have it ready for release in January 2022. Meanwhile, I am taking advantage of the two-week Christmas/New Year’s holiday to begin work on Songs of Steppe & Forest 5, Song of the Storyteller. Should be lots of fun, as it incorporates the bride show held for Tsar Ivan the Terrible in 1545–47. 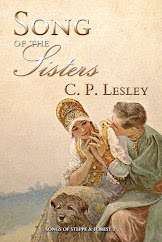 These three novels explore the journeys of Darya Sheremeteva, who after spending years nursing her dying father learns that he has left his estate to a ruthless and ambitious cousin (Sisters); her sister Solomonida, a widow who falls in love with a man who is not her social equal and has to choose between him and her responsibility to her almost-marriageable daughter (Sinner); and Lyuba Koshkina, the unlucky youngest daughter of “the shiftiest man in Moscow,” hell-bent on advancing his own career by marrying her off to Tsar Ivan the Terrible, whether she likes it or not (Storyteller). I have rough plans for at least two more novels in the series, and after that, we’ll see.

(3) Complete my half of the rough draft of my first historical mystery novel, co-written with P.K. Adams and tentatively titled These Barbarous Coasts.

Met. After finishing the third draft in July, we renamed the novel The Merchant’s Tale and sent it to readers for comments. The plan for 2021 is to incorporate those comments and produce a final draft, then query agents.

Exceeded. I interviewed fifteen authors for New Books in Historical Fiction, fourteen of which posted to my channel at the New Books Network. The fifteenth, with Molly Greeley about her second Pride & Prejudice spinoff, The Heiress: The Revelations of Anne de Bourgh, is scheduled for the week after New Year’s, to coincide with the book’s release on January 5, 2021. Many of those interviews cross-posted to the Literary Hub, where you can find the transcripts and audio recordings by searching for C. P. Lesley at LitHub Radio/New Books Network.

But I received many more offers of guests than I could fit into the podcast schedule, so I also ran written blog Q&A’s with numerous authors throughout the year, starting with Philip Cioffari on Valentine’s Day and ending with Nancy Burkhalter right after Thanksgiving. Those written interviews—with both commercially and small-press published authors—will continue through January and February of next year, so check back for them.

Met. The lineup changed, so only Song of the Shaman and Joan Schweighardt’s River Aria  appeared, but they did appear!

(6) Stay current with online marketing efforts and outreach. This goal includes keeping up with my weekly blog posts, maintaining my website and the Five Directions Press website, and participating regularly in such group features as “Books We Loved” and “Five Directions Press Authors Dish”—as well as regular if not daily appearances on Facebook (as my author self and Five Directions Press), Twitter, and Goodreads.

Met. I generally made it to Facebook MWF, Twitter WF, and Goodreads every Friday. Both websites are up-to-date, and have been since January, and I contributed a book I loved every month and at least 3–4 Dish posts throughout the year. This year I also learned about and became a regular participant in 1linewed on Twitter (follow @1linewedlives if you’d like to find out what that is), and made social media friends with a group of fellow-writers on Facebook, which expanded my participation there over the last month to Tuesdays and Thursdays.

So what’s in line for next year? I’d like to have final manuscripts of Song of the Sinner and The Merchant’s Tale, as well as one or more full drafts of Song of the Storyteller and perhaps an initial stab at Song of the Snow Maiden (that is, advancing all the novels by one step, so that I end up in a similar place next December to where I am right now, but farther into the series). P.K. Adams and I may also start work on a sequel to The Merchant’s Tale, although the timing on that has yet to be decided.

My New Books Network interviews are booked into June 2021, so completing the basic twelve seems like a reasonable goal; no doubt the overflow will continue to spill onto this blog. The social media and marketing efforts will go on, and I hope that at least one other Five Directions Press novel besides Song of the Sisters will see the light of day in 2021, although I’m not sure at this moment which author will finish first. Certainly I expect more Dish posts and Books We Loved features.

And although this is not a writing goal, I’m sure it’s one we all share. I’d like to see my family and friends in person again. Those vaccines can’t get here fast enough. So let’s raise a glass to 2020 and hope for better things in the year to come. Happy holidays! 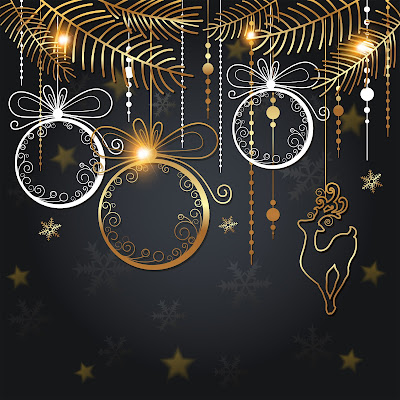