As those who follow my blog know, I am not an outliner by nature. I do create lists of story events as I begin a new novel, in part to anchor my tale in the history and in part to keep me on track. But within a month, there is usually so much space between what I thought I was writing and what I actually wrote that the whole enterprise seems not so much fruitless (it did get me started, after all) as hilarious.

But other writers, more disciplined than I, do write outlines. Since this is in part a blog about writing, this week I’ve turned over my post to fellow-author Anne Louise Bannon, who has produced numerous novels using the method she details below. And don’t forget to scroll down to the end to find out more about her books. I’m reading Death of the Zanjero right now, and I can assure you she’s an author to watch.

OUTLINING AND LINING OUT 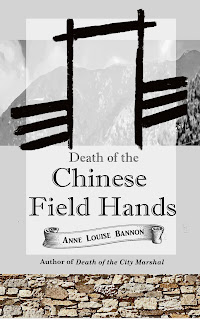 I teach outlining, and I did not outline this blog post. I kind of did that on purpose to illustrate an essential truth about outlining—that it is only a tool and, as such, has varying degrees of usefulness. In this case, since I have an outline (in the form of a PowerPoint presentation) for the class, writing up a second for this essay seemed a little like overkill.

But then, I tend to be a loose outliner, anyway.

An outline is basically a map, a way of helping you get from the beginning of your story to the end with as few plot holes and loose ends as possible. And the type of map that works best for you is going to vary.

I know folks who outline every beat of every scene, with extended notes on every character, even the ones that are only in the background. Jeffrey Deaver reportedly does that (I do not know for a fact yet). Then there was Tony Hillerman, who I heard give a talk on outlining in which he lamented that he had no idea why he got that topic since he didn’t outline. At all.

You may have heard the terms “plotter” and “pantser.” Deaver’s method is classic, hard-core plotting. Hillerman is the ultimate pantser—a term which comes from the early days of flying airplanes, when there wasn’t as much instrumentation, so you flew by the seat of your pants.

Here's the thing. Most of us are on a spectrum between those two extremes. Here’s the other thing. No one way of outlining is the absolute Right Way to outline. In fact, any time some writing teacher insists that you absolutely must follow their method, do listen. But listen with a whole big bag of salt.

I remember some years ago, I was at this writing seminar and one of the instructors had this one method for working through a second draft. This person insisted that each scene in the novel be evaluated against this acronym (which I may not be sharing here so as not to incriminate myself) and if the scene did not have two of the elements, then it had to go.

I will say the acronym was useful and did help me get through a couple scenes in the first draft that I was working on at the time. And it does help me when I’m having trouble to think about whether a given scene I’m working on is really necessary to the story.

But when I thought about going through an entire manuscript and evaluating each individual scene with that specific method, I knew darned well it wasn’t going to happen. Fortunately, I’d been writing long enough to not let that reality get in the way of finishing that particular work-in-progress.

I do remember a time, though, when that sort of thing would send me for a loop. It’s easy for that to happen when you’re just starting out and don’t entirely know what you’re doing. But what most beginning writers don’t understand is that everybody is different. We are all have our different styles of approaching work, thinking about things, whatever. So, it pays to know what works for you. After all, if you pick the wrong method of outlining, you’re not going to get anything written. Let’s go back to the plotter versus pantser models.

There are some real advantages to being a plotter. You don’t write yourself into corners. The story holds together. You know what additional research you need to do and if you write historical fiction, like I do, then you’re not as likely to base a major plot point on something that wasn’t around when you’re writing. Let’s not discuss whether I have or not.

The downsides of being a plotter is that you sometimes include details you don’t need because they’re there. Some plotters spend so much time on their outlines they never actually write the book. Also, you can get boxed in and have a character that would be better one way, but you can’t change it because of your darned outline.

There are also real advantages to being a pantser. Most pantsers at least start writing and they do get a higher word count because everything is landing on the screen (or page). Also, the more intuitive process that pantsing is can lead to some really interesting places.

Of course, the downside is that pantsers have to do a lot more editing because their stories have gone all over the place. And if you have to write on a schedule, it can be hard to pick up and drop.

As I noted above, most of us are somewhere between the two extremes. Since I write historical mysteries, I need to know whodunit and sometimes why before I start writing. But I’ll generally get about four chapters into my story before starting to put together an actual outline. Why? I have no idea. I just do. I think I had more of my outline done when I started Death of the Chinese Field Hands, the latest in my Old Los Angeles series, but that darned book fought me from the moment I started typing.

Another tool I like to use is the Four-Act story structure. You can do three acts if that works for you. I like Four-Act because almost everyone is intimately familiar with it because almost everyone watches one-hour dramas on TV. Four-Act is easy. Each of the first three acts ends with a significant complication leading up to the final cataclysm and resolution at the end of the story.

That doesn’t mean I always use it. In Death of the Chinese Field Hands, I set up the plot that way, but it went someplace else, and I’m glad I went with it. In Death of the City Marshal (the second in the Old Los Angeles series), the Four-Act structure highlighted a massive plot hole. In the middle of the book, I have a bad guy threatening my sleuth, physician and winemaker Maddie Wilcox. The way it was originally set, he should have just killed her, but that would have meant the end of the series. On the other hand, realizing I had that plot hole gave me an insight into the character, and that made the story stronger.

Which brings me to my final point. The right kind of outline for you can be massively useful, even if you don’t follow it. Having some sort of plan and direction can get you writing, and that’s the key metric. If you’re outlining and outlining and not writing, stop outlining. If you’ve been writing and are floundering, start outlining. It’s not important how you get to “The End,” just that you get there. 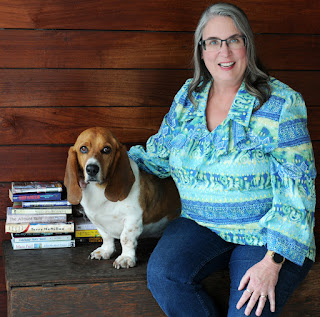 Anne Louise Bannon is an author and journalist who wrote her first novel at age fifteen. Her journalistic work has appeared in Ladies’ Home Journal, the Los Angeles Times, Wines and Vines, and in newspapers across the country. She was a TV critic for over ten years, founded the YourFamilyViewer blog, and created the OddBallGrape.com wine education blog with her husband, Michael Holland. She is the co-author of Howdunit: The Book of Poisons, with Serita Stevens, as well as author of the Freddie and Kathy mystery series, set in the 1920s, the Operation Quickline Series, and the Old Los Angeles series, set in the 1870s. Her most recent title is Death of the Chinese Field Hands. She and her husband live in Southern California with an assortment of critters. Visit her website at AnneLouiseBannon.com.