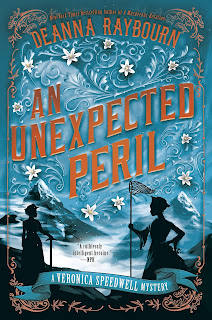 Years ago, I read a couple of Deanna Raybourn’s Lady Julia Grey novels. I had every intention of reading more, because they were great, but life got in the way and they joined the enormous and teetering To Be Read pile—which has only increased since I purchased a tablet to save my overstuffed bookshelves. Talk about well-laid plans that don’t come to fruition!

But about a month ago, Raybourn’s publicist at Berkley wrote to alert me to the imminent appearance of An Unexpected Peril, no. 6 in a different series that hadn’t even crossed my radar. “Would I like to interview her for New Books in Historical Fiction?” was the question. The answer: yes, absolutely. But since I had no space in my schedule then, the three of us agreed to settle for this written Q&A now, with a podcast interview to follow next year when Veronica Speedwell no. 7 arrives. So read on for Deanna Raybourn’s responses to my queries, and then look for the books themselves. If you ever loved a novel about a strong-willed Victorian woman with a profession of her own and a yen for travel—Amelia Peabody, I’m looking at you!—Veronica and her partner, known as Stoker, are definitely for you.

Introduce us, please, to Veronica Speedwell. She is already on her sixth adventure. Where is she when her series starts with A Curious Beginning?

As A Curious Beginning opens, Veronica has returned home from her globe-trotting work as a butterfly hunter to attend the funeral of the woman who raised her. But that very afternoon, a stranger arrives to inform her that everything she thought she knew about herself is a lie and that her life is in peril. She accompanies him to London and embarks on a series of outrageous adventures as she ferrets out the truth of her own identity and solves a few murders along the way. 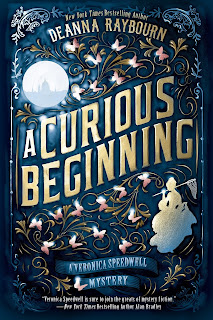 Early in that venture, she meets a man then known only as Stoker, who is charged with keeping her safe. What can you tell us about him?

Stoker is the rebellious younger son of an aristocrat—he is actually the Honourable Revelstoke Templeton-Vane. But he prefers to go simply by his nickname and for the world to take him on his own merits. He’s a former surgeon’s mate in Her Majesty’s Navy and is currently a natural historian with a specialty in preservation, especially taxidermy. He has earrings, tattoos, an eyepatch, and a nose for trouble.

By the time we get to An Unexpected Peril, Veronica and Stoker have already gone through a great deal together, including five murder investigations in little more than two years. How have these experiences changed them?

Both of them have been extremely wary of forming attachments with other people, and yet as time passes, they are assembling a found family, one of my favorite themes to write about. They are slowly learning to let other people in, a difficult thing for both of them because each has been badly hurt in the past. They also have work that intrigues them and the hobby of amateur detective work since they keep stumbling into murderous situations.

One important element of this novel is the Hippolyta Club, also called the Curiosity Club, where Veronica is a member. What do readers need to know about this institution?

The Hippolyta Club—known casually as the Curiosity Club—is an enclave for extraordinary women. I modeled it after a typical club for gentlemen of the time and populated it with women who are inspired by actual Victorian scientists, mathematicians, explorers, artists, poets, photographers, etc. Women of the period were often discouraged if not outright barred from different artistic and scientific disciplines, so having a club that not only permitted them but encouraged and celebrated their work seemed like a necessity. I think of it as a place where women could go and relax, challenge each other, debate, discuss, exchange resources and references. I suspect there are many secrets hidden within its walls.

At the opening of the novel, Alice Baker-Greene, another member of the Curiosity Club, has died. Veronica and Stoker are charged with arranging an exhibition memorializing Baker-Greene. What makes her memorable?

Alice Baker-Greene is inspired by two of the most famous Victorian mountaineers, Annie Smith Peck and Fanny Bullock Workman. They were very different women with different backgrounds and climbing styles and motivations, but they were outrageously determined. They were indefatigable and would summit with suffragist banners to draw attention to the cause they believed in. Alice Baker-Greene is exactly such a woman—ruthlessly ambitious in a way that would have been condoned in a man but is deplored in a woman. She is frank and forthright and afraid of nothing.

Baker-Greene, as we discover early on, died in the Alpenwald, a fictional principality in Europe that becomes central to the novel. The whole country is your creation, but why did you decide to create it—and having decided, how did you go about it?

I wanted a very memorable mountain for Alice to climb, and I could have used an existing peak, but where’s the fun in that? It was far more enjoyable to conjure my own tiny principality whose economy is based upon its single mammoth mountain and incredibly smelly cheese. There is also a political angle which made it necessary to create a sovereign state. Once I realized I was going to build a country from the ground up—literally—I decided to go all the way: language, architecture, flora, fauna, folklore. I loved every minute of creating the Alpenwald!

We’re scheduled to hold a New Books Network interview next year, when Veronica Speedwell #7 appears. Is that your next project, or do you have other novels underway as well?

I am writing Veronica #7 now and am also working on my first contemporary novel about a quartet of sixty-something female assassins who have to band together to take out the organization that wants them dead. Both should release in 2022, so it will be a busy year! 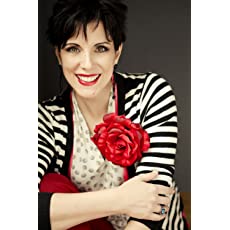 Deanna Raybourn is the award-winning New York Times bestselling author of the Lady Julia Grey series, currently in development for television, as well as the USA Today bestselling and Edgar Award nominated Veronica Speedwell Mysteries and several standalone works. Find out more about her at https://www.deannaraybourn.com.