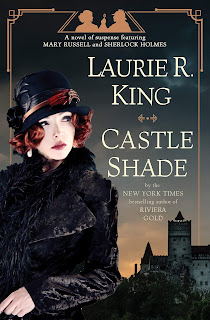 Long ago—or so it seems, but everything before the pandemic now has the aura of a different universe, one where we routinely gathered in the streets without masks and hugged neighbors and friends in greeting—I walked into a just-opened Borders bookstore (remember those?) and stumbled across Laurie R. King’s The Beekeeper’s Apprentice.

The premise—in which a bored and lonely fifteen-year-old girl encounters the Great Detective during his retirement and impresses him with her reasoning skills to the point where he takes her on as his apprentice—hooked me from the get-go. By the time I discovered the series, King had already reached book 7 (The Game). Once I finished the first, I bought the rest, then settled in for the long haul, gobbling up each new installment as it hit the shelves.

When I got the chance to host New Books in Historical Fiction, Laurie R. King was on my short list of interview guests (by then, the series had reached no. 12, Garment of Shadows). You can hear our conversation on the New Books Network, although the interview gods decided that San Francisco was in some weird foreign territory, so the sound is not what it should be. In it, we also discuss her take on Sherlock Holmes and earlier books in the series, including the hilarious but underappreciated Pirate King (no. 11). And since I haven’t missed a single book in the series, when I saw no. 17 show up on NetGalley, it took about two seconds for me to request an advance copy.

I assume that most people know—but here’s the deal, just in case—that publishers use NetGalley to provide free copies of new books to readers in return for honest feedback and early reviews. Hence this overview of Castle Shade, which I will also post on GoodReads and NetGalley itself.

In some ways, Castle Shade reminds me of Pirate King—which, like many other fans, I underestimated at first but warmed up to on a second reading. Shade is billed as King’s stab at a Gothic novel, a claim borne out by the setting: a recently decrepit castle atop a Transylvanian mountain, next to a village where rumors of vampires are circulating. But beneath the details of castle life and local folklore lurks a classic King mystery, one that Russell and Holmes alternately cooperate and compete to resolve.

In brief, the setup is as follows. Holmes and Russell have just left Monaco, the site of Riviera Gold (no. 16), and are on a train heading east, except that when the book opens, the train is not heading anywhere; it’s stuck in a station. Russell, being disinclined to spend weeks of her young life traveling from Italy to Romania, solicits help from the conductor. Soon she and Holmes are on their way back to Vienna, before finding more reliable transportation southeast. The summons to Castle Bran, the Transylvanian mountain fortress mentioned above, comes from Queen Marie of Romania, one of the many descendants of Britain’s Queen Victoria on one side and of Emperor Alexander II of Russia on the other. 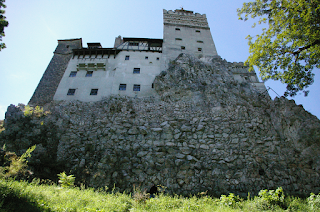 Queen Marie has received a threat aimed at her teenage daughter, and that is only the most worrying of the troubling incidents that afflict Castle Bran whenever the queen spends her time there. Marie enlists the help of Holmes, skeptical but unwilling to refuse royalty, who in turn recruits Russell to, as he puts it, “be my inside informant into the mysterious realm of the adolescent female.” It takes some persuasion, but in the end Russell agrees there might be something worth investigating in the reports of walking undead and countesses who bathe themselves in the blood of their victims. The chase is on—or should we say, given the context, the game is afoot?

One element sets this book aside from its predecessors and imparts some of the improvisational quality of Pirate King: every so often, King presents a character’s backstory in the style of a fairy tale, in a chapter of its own. I saw this approach as a creative and helpful way to handle the historical novelist’s perennial problem of how to get across essential context without indulging in the dreaded “information dump.” Other readers may feel differently, but it does fit the generally otherworldly atmosphere of the book.

The one area where I would like to see more development—not just in this novel but in the series as a whole—is the relationship between Russell and Holmes. They’ve been together for ten years and married for five, yet they still come across more as business partners than as husband and wife. I don’t expect (or, frankly, want) intense romance, which would fit neither the characters nor the genre, but every time I start one of these books, I hope for more exploration of the couple’s feelings than the occasional statement that one of them cares for or experiences anxiety about or misses the other. I could say all those things about my cat—and at times do—but that doesn’t mean I feel the same way about her as I do about my husband.

So far, only A Murderous Regiment of Women, Locked Rooms, and Garment of Shadows have taken steps in that direction. But maybe we’ll get there next time. And if that’s the reason why I withhold the fifth star, it’s also just one element of a series that has brought me great enjoyment for almost two decades. I’m glad I read Castle Shade. I thank the publisher for the opportunity. And when no. 18 rolls around, you can bet I’ll be first in line. 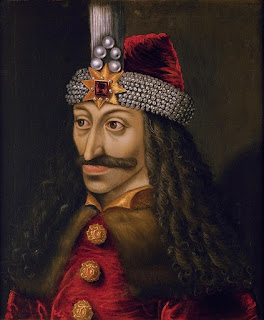 In an amusing side note, Castle Bran has been in the news lately because, if you happen to live in Romania, you can get a Covid vaccine along with your tour of the castle. Vlad the Impaler as Vlad the Medic? Or should we say that Count Dracula's fanged teeth have acquired a new, life-giving purpose?