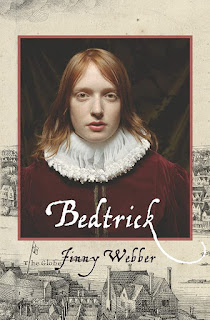 One of the best developments of the last few years has been the willingness to acknowledge that human identity and sexuality are more complex and layered phenomena than the bifurcated he/she many of us grew up with. I still remember learning in school that unidentified persons must be referred to as “he.” These days, even he/she raises eyebrows.

But although society’s willingness to talk about diversity has increased, the diversity itself has existed for millennia, probably since the dawn of time. Jinny Webber’s latest novel—Bedtrick, the subject of this month’s New Books in Historical Fiction interview—explores the fluid understanding of gender in Shakespeare’s plays, which was in part a response to the strict limitations placed on women in Elizabethan England. Webber tackles this question through her fictional interpretation of the life of Alexander Cooke, an actual actor in Shakespeare’s company about whose real life little is known. Read on to find out more.

As Jinny Webber explains in this interview, a “bedtrick” is a literary device through which a character is deceived into spending the night with someone unexpected, trapping that character into an unwanted commitment. William Shakespeare used the device in All’s Well That Ends Well and Measure for Measure. So it is a fitting title for this novel about the gender-bending that was so much a part of Shakespeare’s comedies—most notably, Twelfth Night. There were practical reasons for having female characters appear as men throughout much of a play, but Webber takes this historical reality and twists it into the essence of her plot.

Her main character, Alexander Cooke, is a gifted actor with the Lord Chamberlain’s Men, the company where Shakespeare serves as playwright. Sander, as Alexander is known to family and friends, specializes in female roles, which in Elizabethan times could be played only by males—usually pre-pubescent boys. Only a select group of confidants knows that Sander was born Kate Collins, a village girl who fled her home to avoid an unwanted marriage and found her place among the traveling actors of the Lord Chamberlain’s Men.

When Sander’s brother—Johnny, another member of the acting company—gets his lover pregnant and refuses to marry her, Sander steps in to protect the mother-to-be, Frances, and her unborn child. Although it is illegal for two women to marry in sixteenth-century London, Sander persuades a priest to perform the ceremony. Frances’s position as Elizabeth I’s Silkwoman is secured, but the story of Sander and Frances is just beginning. Like all married couples, they must find a way to live together, even as England itself suffers from unrest and uncertainty caused by the aging queen’s reluctance to name her successor. Filled with quotations from Shakespeare and an insider’s view of his plays, this is a charming story of love triumphing in the midst of intolerance. 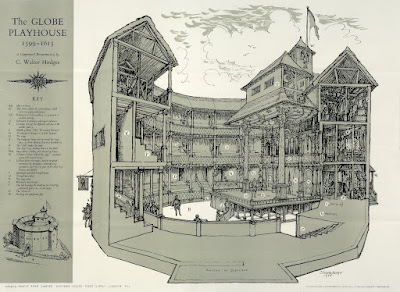