Mysteries Past and Present

Donnell Ann Bell was nice enough to post this comparison of mysteries set in the present versus the past on her blog last week. But once you’re done reading it here, do check out her other posts—and her books, if you like contemporary suspense novels—as well.

Imagine the following scenario: two sisters decide to leave the big city to spend the summer at their second home. They travel with several children and assorted family members. Along the way, someone attempts to ambush them, then flees before they can ascertain whether the objective was robbery or murder. The sisters don’t recognize the attackers and therefore can’t be sure why they’ve been targeted, although they do have an enemy and suspect him of giving the orders.

So far, we could be looking at an incident from any novel with elements of mystery or suspense. But what happens next depends greatly on when and where the attack takes place. In the modern world, the sisters would call the police from a cellphone, probably even while the assault was underway—unleashing the full panoply of sirens, all points bulletins, computer searches, DNA tests, and police raids. The search might not lead to an arrest in real life, but in a novel readers would experience a dramatic, high-tension chase as the investigation proceeds to its logical conclusion.

As it happens, though, these sisters live in sixteenth-century Russia. They have no police to call and no phones with which to summon them. There are bailiffs who make arrests, but who bears responsibility for supervising a particular stretch of road remains unclear. The local authorities have never heard of fingerprinting, never mind genetic testing or computerized records. And the robbers, having escaped, can vanish into the vast, uncharted countryside and return to fight another day. 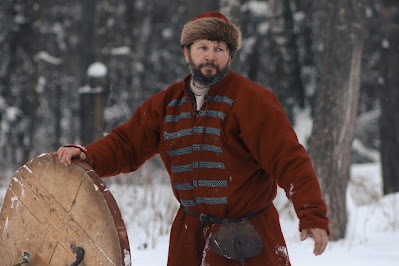 Therein lies the drama, from the perspective of a historical novelist.  The technological advances that drive a modern detective or suspense novel certainly have their advantages, especially in real life, but from a fictional standpoint at times they make cases almost too easy to solve. Against such detailed information, imagine the possibilities offered by the past, where characters can plausibly flee into the woods and set themselves up as bandit chieftains, disappear for months on end without communicating by e-mail or texting or even through letters, misrepresent themselves as scions of noble or royal houses without being detected, or break into a home or an office without leaving a trace that anyone investigating the crime can detect.

It would be hard to pull off any of these plot points now, yet I’ve used some version of them all in my Legends of the Five Directions and Songs of Steppe & Forest novels. The incident described in my opening paragraph comes from my latest novel, Song of the Sinner, and involves the heroine of that book, Solomonida, and her younger sister Darya, who have left Moscow in the hope of escaping the attention of their bullying cousin Igor, intent on grabbing their property and in general making them pay for daring to thwart his plans for marrying them off, whatever they think of his choices. Like the trip to the country, Igor’s motivation is timeless: he wants to benefit himself, no matter the cost to others. 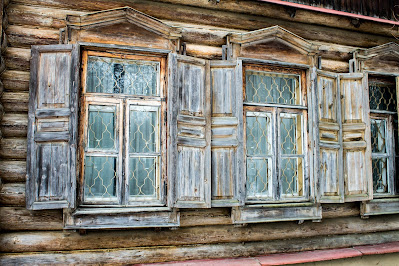 But the means he uses to attain his goals are not those of the modern world, and the counter-measures adopted by Solomonida and Darya are different, too. The attempted ambush fails because they travel with an armed escort, a normal precaution taken by aristocrats at the time, and the escort remains with them to guard their estate against these or any other criminally minded sorts. Igor doesn’t have to worry about surveillance cameras and drones, and his rank protects him even when he’s fingered in a later assault on the hero. But his own inability to read trips him up time after time, as does his tendency to discount potential opposition from women and members of the lower classes, a category that in his mind includes even the highest-ranking civil servants—men (and yes, in those days they were all men) who in our own time would head corporations, excel in the law courts, or resolve international crises. 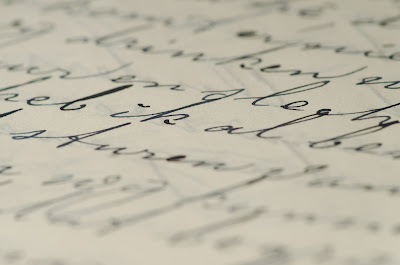 So if you are writing a story where the only means of stopping your villain is to use the latest bells and whistles, a contemporary saga is the way to go. But if you really want to push your protagonists to the limits, consider taking a time machine into the past. You may be surprised by the vistas that suddenly open up before you.

Images from Pixabay, no attribution required.

As I’ve mentioned elsewhere, I discovered Andrea Penrose’s Wrexford & Sloane series of Regency mysteries by accident, through an Amazon ...