Many people have heard of Christmas in July, a neat bookend to the traditional December holiday. But for the commercial publishing industry, Christmas starts in October. That’s when holiday-themed titles begin to be released in time for early-bird shoppers—or at least in the hope of establishing enough buzz to generate sales.

My first comment is that things seem to be getting off to a slow start this year. In 2021 at this time, I had at least twice as many feel-good Christmas books on my bookshelf and my phone. This year, I have beautifully written novels releasing in late fall and early winter—Nicola Cornick’s The Winter Garden, for example—but only two that explicitly reference the holidays. A delayed effect of the pandemic, maybe? The last few years haven’t exactly been sunny and bright.

But that said, here’s a quick look at the Christmas-connected books that have crossed my desk so far—with hopes there may yet be more to come. 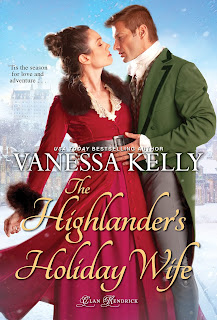 Vanessa Kelly, The Highlander’s Holiday Wife (Zebra Books, 2022)
This latest addition to the author’s Clan Kendrick series pairs Braden Kendrick, a doctor set on working among Edinburgh’s considerable slums, and Lady Samantha Penwith, a young widow set on avenging her husband’s death—a quest that takes her, dressed as a man, to the same murky areas of the city. It’s November 1826 when Braden runs into trouble in a dark alley and Samantha rescues him. Of course, he has no idea who she is, but he makes it his mission to find out. Hers, naturally, is to elude pursuit.

Braden is a good-hearted and appealing hero, although to me Samantha is the more complicated and therefore the more interesting half of the prospective couple. But lovers of historical romance will revel in this fast-moving tale with its exploration of the highs and lows of Scottish society under King George IV and its snappy dialogue. By the time you reach the end, you will not only be rooting for Braden and Samantha to get together but will also feel quite ready for fir trees, Hanukah candles, presents, and anything else you normally do to celebrate the great turn of the Earth and the prospect of more sunlight for the next six months. 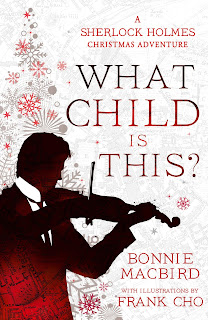 Bonnie MacBird, What Child Is This? (Collins Crime Club, 2022)
If you haven’t already encountered Bonnie MacBird’s take on Sherlock Holmes (Art in the Blood, Unquiet Spirits, The Devil’s Due, and The Three Locks), I wholeheartedly recommend them. I had a great time interviewing her last year about the series for the New Books Network, and I was impressed by how well she balances respect for the Holmes canon with her own take on the characters.

What Child Is This? follows through in both respects. Specifically labeled as a Christmas Adventure, it includes delightful illustrations by Frank Cho. In short, the premise is as follows: Holmes, perhaps unsurprisingly, adopts a gloomy stance toward Christmas, eschewing all forms of holiday glee. Watson, also running true to character, loves every snowflake and strand of tinsel. As the two of them stroll down a London street—one complaining, the other filled with seasonal joy—they interrupt an ongoing kidnapping, restoring the child to his mother.

Shortly thereafter, Holmes gets a new commission: to find a marquis’s missing son. He accepts, to pass the time until the world stops celebrating, but his interest lies more with the kidnapping: what lay behind it, whether the villain will make another attempt, and how to protect the innocent child, who was born on Christmas Day and bears a birthmark resembling the Star of Bethlehem.

How these two cases intertwine—or don’t—makes for a delightful and ultimately touching read, one that at 225 pages can easily be fitted in around bouts of shopping and preparations for entertaining family and friends.

For the other, non-holiday-themed titles on my bookshelf, check back toward the end of the month. Next week is reserved for a forthcoming change to my household (hint below). More on that soon. 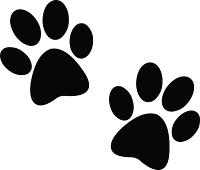