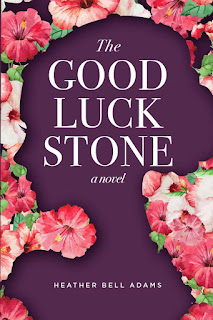 Heather Bell Adams, The Good Luck Stone (Haywire Books, June 2020)
Yet another WWII novel, but this one’s twist is that it begins with Audrey, a ninety-year-old woman still living semi-independently in her Savannah mansion. Her family hires a part-time caretaker, Laurel, and the two women establish a rapport—until Audrey disappears. Only then does it gradually become clear that Audrey has harbored a secret since her years as a nurse in the South Pacific and needs to face the truth to find peace. I’ll feature Heather Adams’ answers to my questions on this blog in early fall, but you can find the book already on Amazon; it came out last month. 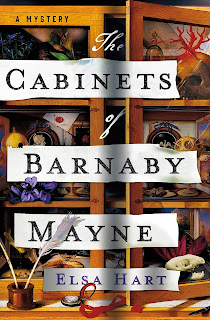 Elsa Hart, The Cabinets of Barnaby Mayne (Minotaur Books, 2020)
A departure—perhaps better characterized as a sidestep—from Jade Dragon Mountain and its sequels, a series I love. Here Hart, a young and talented mystery writer with a real gift for laying out the clues yet surprising me anyway, follows one of her characters west and back in time, to Queen Anne’s London in 1703.

Sir Barnaby Mayne, a noted collector of pretty much any bizarre object he can lay his hands on, is found stabbed in his study. His curator confesses to the crime, and the authorities are happy to let it go. Even the dead man’s widow asks no questions, but Lady Cecily Kay and her childhood friend Meacan Barlow are determined to find out the truth, even when the quest places their own lives at risk. I’ll be talking with Hart on New Books in Historical Fiction in early August. 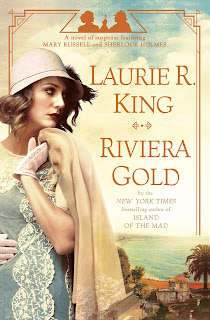 Laurie R. King, Riviera Gold (Bantam, 2020)
In this latest installment of another historical mystery series that I love, Sherlock Holmes and his much younger wife, Mary Russell, travel to the French Riviera, not far from Monte Carlo. There they re-encounter their housekeeper, Mrs. Hudson, who left England under a cloud a few books back and, lo and behold, has managed to attract new trouble to herself.

The joy of this series is Mary—Sherlock’s match in intellect, daring, and courage—and her relationship with her aging husband. Although their interactions often seem more business-like than passionate (and involve an element of competition), Mary and Holmes are so perfectly matched that their love for each other is never in doubt. The book came out last month, and I’m just waiting for a gap in my reading schedule before tearing into it with glee. 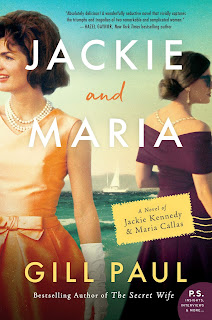 Gill Paul, Jackie and Maria (William Morrow, 2020)
I enjoyed this author’s The Secret Wife and The Lost Daughter, which told semi-fantastical stories about how two of the Romanov princesses might have escaped Bolshevik bullets and bayonets and in the process explored the lives of Russians who escaped the revolution and who didn’t.

Here Paul turns her focus to Jackie Bouvier Kennedy and the opera star Maria Callas—united, if that’s the right word, by their sequential attraction to Aristotle Onassis, the Greek shipping magnate. These fascinating stories to some extent took place in the background of my childhood, although mostly in ways I didn’t recognize then. A Q&A with Gill Paul should appear on this blog around the middle of August, when William Morrow releases the book. 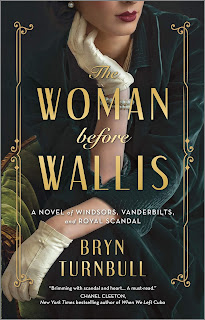 Bryn Turnbull, The Woman before Wallis (MIRA Books, 2020)
It would be hard to grow up in the English-speaking Western world without at some point hearing about Wallis Simpson and how she convinced the English king Edward VIII to abdicate his throne to marry her, a divorced woman. But Wallis was merely the most successful of a string of lovers that Edward, known to his family and friends as David, maintained during his tenure as Prince of Wales.

This new novel, due out next week, follows the story of Thelma, Lady Furness, whose twin sister, Gloria, married Reggie Vanderbilt and gave birth to the fashion designer Gloria Vanderbilt. Thelma, an American divorced at a young age, was delighted to attract the attention of Viscount Furness, even if marriage to him meant moving to a drafty estate in England and acquiring two stepchildren. But once she gets there, she learns that her husband thinks nothing of affairs with other women. When the Prince of Wales falls in love with her, Lord Furness steps aside, and their marriage slowly crumbles. When Thelma introduces Prince David to Wallis Simpson, that relationship suffers as well. But it’s the escalating conflict between Thelma’s sister and their mother that really forces Thelma to define what matters most. I finished this compelling story last week, but I include it here because I will interview Bryn Turnbull for New Books in Historical Fiction in mid-August.

I love talking with other authors—both for my New Books in Historical Fiction podcasts and here on the blog via the written word. But it’s... 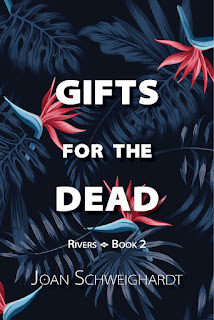