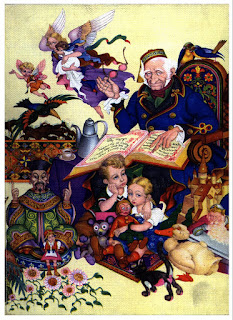 Fan fiction has something of a bad rep in the writing and reviewing community. People wonder: Could you not come up with your own ideas? Why borrow someone else’s creative universe?

At the same time, the publishing industry loves a certain kind of fan fiction. How else can we explain the endless progression of novels featuring the various Jane Austen heroines, Sherlock Holmes, and fairy tales? The larger the publisher, the more dependent it is on titles that will sell in the millions, not the hundreds, and the more attracted its editors are by the “sure thing.”

But the part that often gets lost is what writing (as distinct from publishing) fan fiction can do for an author just getting started. My first novel—excruciatingly bad as only the first drafts of a first novel can be and never published because of copyright constraints—was based on a Star Trek story I had told to myself for years. Not exactly an original story, because it could be classified as part of a category stuffed to the gills by other aspiring fan fiction writers, but all mine in its particulars.

I learned a lot while laying down that execrable prose, and more as I crafted it into better versions of the same, then rewrote it from scratch (more than once) while transitioning it to a new book set in a world of my own creation. Even then, I let it sit for almost two decades before giving it one more thorough overhaul and allowing Five Directions Press to publish it with every trace of the original, borrowed universe removed. 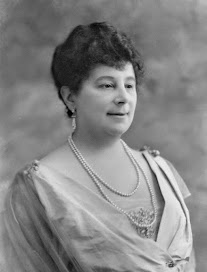 My second novel, the first to see the light of day, is an even more explicit example of fan fiction, evident in the title: The Not Exactly Scarlet Pimpernel. Again, it originated in a reworking of Baroness Orczy’s classic tale that I amused myself with at odd moments, then wrote down—only to realize that by resolving the original conflict I had run out of story within fifty pages. I learned a lot from that, too, and because The Scarlet Pimpernel was published in 1905 and is thus in the public domain, I was able to bring out my version with explicit acknowledgment of and thanks to Baroness Emmuska Orczy (less than 30 percent of the finished novel draws on her original, blended with a BBC production based on her work).

Even before I finished The Not Exactly Scarlet Pimpernel, I had abandoned fan fiction entirely and moved into my own Russian-inflected historical world, now represented by eight novels in print and two more in the works. But the point is that I would never have written any of them had I not decided on that long-ago summer day to type out one scene from my highly unprofessional Star Trek story to ensure that I didn’t forget exactly how I wanted it to go.

So if you have a great idea for the perfect solution to Marianne Dashwood’s romantic problems, don’t hesitate. Writing is not the same as publishing (although if you can land a publishing contract, more power to you), and in the beginning it’s best not to get caught up in fantasies of publication anyway—first books are seldom good enough right off the bat. But writing fan fiction beats not writing at all. And I can promise you, even by roaming around in someone else’s creative universe, you can learn a lot about what it takes to bring your own to life.