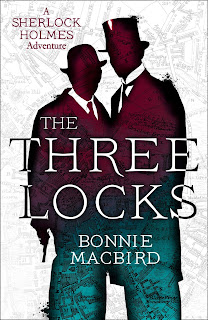 Although I’m no more immune than anyone else to the appeal of Sherlock Holmes as a character in film and on television, I have to admit that I have never quite warmed to the original Arthur Conan Doyle stories. Some of the modern book series based on the great detective and his faithful sidekick, Dr. John Watson, however, have won my heart. In this respect, the situation with Holmes is the opposite of Jane Austen’s novels—another well-trodden fictional pathway where, other than films and TV productions based on the originals, the many spinoffs seldom give Austen’s creations a run for their money (although I have featured a few that stand out).

I have long been a fan of Laurie R. King’s series featuring Mary Russell as Sherlock’s partner and wife, eliminating Watson but retaining Mycroft Holmes as a kind of bête noire for Mary and imparting a new twist to Mrs. Hudson. On that, more next month, when I talk about the latest book in the series, Castle Shade, which I’m reading as an advance copy from NetGalley.

Bonnie MacBird takes a very different approach from King, but she too is now a favorite. As she insists during my latest New Books in Historical Fiction interview, her goal is to stay within the bounds established by Conan Doyle while inventing new cases of her own and adapting the series to long-form fiction.

She does an admirable job. In The Three Locks—the only one in the series I’ve read so far—the main characters and their relationship sound and act like the late Victorian males they are, yet we get the occasional glimpse into parts of their pasts and their personalities that Conan Doyle chose not to reveal. These are not the middle-aged and measured gentlemen portrayed by Basil Rathbone and Nigel Bruce but closer to the Robert Downey Jr./Jude Law version: active and enthusiastic men in their thirties willing to risk life and limb as need be.

The mysteries are twisty and colorful, with complicated plots and satisfying solutions. Each one addresses a deeper theme: the benefits and costs of the artistic temperament; the power of spirits, whether material (i.e., alcoholic) or immaterial (ghosts of the past); the consequences of moral compromise; the pressures of illicit love. And MacBird talks easily and well about everything from her writing choices to her research. So give her interview a listen, then dive into one of her books. It’s all tremendous fun, and even in the midst of the ongoing coronavirus pandemic, here’s a visit you can enjoy—and to 221B Baker Street, at that!

You can also find a transcript of the interview on LitHub Radio. 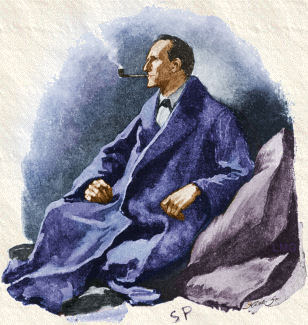 Sherlock Holmes is one of the rare literary characters who has achieved a kind of cultural immortality. As Bonnie MacBird notes in this interview, display an image of a deerstalker hat and a pipe almost anywhere in the world, and people can identify the great detective without a second thought. So is it any wonder that an entire industry is devoted to expanding the Conan Doyle canon?

Not all these attempts succeed, but MacBird’s novels are a gem. The Three Locks (Collins Crime Club, 2021), fourth in her series and set in 1887, opens with a mysterious package delivered to Dr. John Watson. London is in the midst of a heat wave, Watson’s friend Holmes has withdrawn in one of his periodic funks, and the package offers the rather disgruntled doctor a welcome distraction. Its appeal increases when Watson discovers that it contains an engraved silver box sent by his father’s half-sister, an aunt he did not know he had, and represents his mother’s last gift to him. But as he struggles to discover the key to unlocking the box, Holmes appears, warning of danger.

Watson’s drive to prove Holmes wrong (he rejects his friend’s suggestion that the aunt’s letter may be a forgery and the lock designed to cause harm) must compete with the demands of two other cases. The wife of an escape artist requests help in protecting her husband from an angry rival, her former lover—a case that becomes more urgent when the escape artist’s most dramatic stunt goes awry, causing his death. Then the rebellious daughter of a Cambridge don goes missing, to the great distress of the local deacon who has unwisely fallen in love with her.

Holmes initially dismisses the second case, although he takes a personal interest in the first. But when a doll made to resemble the young woman is found in the Jesus Lock on the Cam River, with a broken arm and an illegible threat written in purple ink on its cloth chest, the hunt is on, for both the don’s daughter and the person who wishes her harm. In time, it becomes clear that the two cases are connected—and that Holmes must defeat not only a cunning murderer but the over-zealous local police. 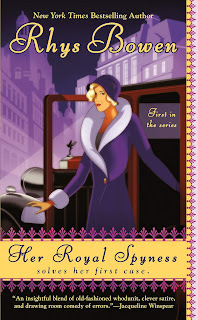