Christmas with the Royals 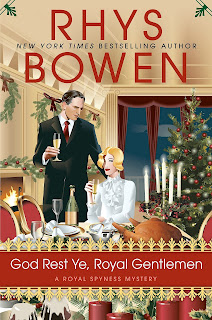 Back in the days when brick-and-mortar bookstores were common in suburban America, I was browsing the shelves at my local Borders when a title caught my eye: Her Royal Spyness by Rhys Bowen. I picked it up, opened it, and fell in love. It’s 1932, and Lady Georgiana Rannoch, a twenty-something who is “thirty-fourth in line to the British throne,” has fled her ancient but drafty ducal castle in Scotland for the family mansion in London. Alas, the Rannoch family—although rich in property—hasn’t a farthing to its illustrious name due to the unfortunate gambling habits of the first duke, Lady Georgie’s father. And as a member of the royal family, Georgie can’t just go out and get a job, because the only destiny approved by her lofty relatives is to marry the fish-faced Prince Siegfried, who doesn’t even like women. Nonetheless, with a little help from her friend Belinda and a handsome but enigmatic gentleman named Darcy O’Mara, Georgie manages not only to survive but to solve a murder.

Since the day I finished that book, I have wanted to interview Rhys Bowen, the creator of Lady Georgiana and a number of other memorable detectives both amateur and professional. That time has come with Georgie’s fifteenth adventure (and second murder-filled Christmas), God Rest Ye, Royal Gentlemen (Berkley, 2021).

After fourteen books, Georgie’s life and financial circumstances have substantially improved. Georgie and Darcy have married, and they plan to entertain their friends for Christmas at their new estate. As fate would have it, except for Georgie’s beloved grandfather, the only guests able to attend are her brother, the Duke of Rannoch, and his wife, known as Fig—the last person Georgie wants to spend time with.

She’s just about resigned herself to Christmas with Fig when a letter arrives from Darcy’s eccentric Aunt Ermintrude, insisting that they all come at once to her home near Sandringham, close to the Royal Family. The Queen of England has requested Georgie’s presence, although she does not divulge why. Unable to say no to Her Royal Highness, Georgie, Darcy, and the Rannochs head off to Aunt Ermintrude’s house. 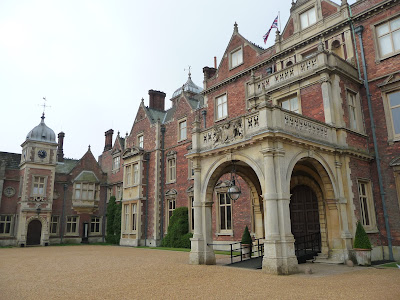 At Sandringham, Georgie learns that Queen Mary believes someone intends harm toward her son, the Prince of Wales, now deeply involved with Wallis Simpson. She wants Georgie to find out what’s going on. Georgie’s merry little Christmas is set to become a royal nightmare if she can’t get to the bottom of this mystery.

Bowen’s mysteries are complex and their solutions satisfying, but the real delight of these novels is the way they poke fun at the British class system, exemplified by Georgie’s own mixed heritage as the daughter of a duke and of an actress whose father, a retired Cockney policeman, acts as a constant reminder that being a member of the royal family isn’t all it’s cracked up to be. They’re also, to put it simply, hilarious. If this is your first encounter with them, I promise you have a treat in store.