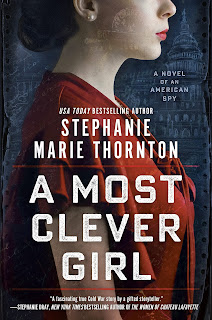 It’s a cliché to say that truth is stranger than fiction, although clichés exist precisely because they capture a speck of reality. But coincidences do happen, and the one I have in mind here is that shortly after I finished Stephanie Marie Thornton’s new novel, A Most Clever Girl, published in mid-September by Berkley, my husband began reading Sean McMeekin’s mammoth Stalin’s War: A New History of World War II. And every time he said to me, “You won’t believe what was going on in Roosevelt’s government,” I replied, “Yes, I would. I read it in that novel I told you about.”

A novel is not academic history, of course, but it can be far more fun to read, especially in the hours after work. I was delighted when Stephanie Thornton agreed to answer my questions. Read on to find out more.

You have written eight historical novels about women known from history or ancient literature. How do you pick your subjects? Specifically, what made you want to tell Elizabeth Bentley’s story?

My aim is always to tell the stories of women who have been forgotten by history, or at least whose real stories are gathering dust. I stumbled across a reference to Elizabeth Bentley while researching Cold War spies and was intrigued by this woman whose life is virtually unknown today. What was interesting to me was that everyone knows about Joseph McCarthy, but his accusations regarding communists infiltrating the US government were based on hot air. Elizabeth Bentley—whose many testimonies were secretly confirmed by the FBI via Project VENONA—was vilified and then forgotten due to the fact that no one could corroborate her accusations and because she was seen as a hysterical, menopausal woman. Project VENONA was declassified in 1995 and now we know the truth of Bentley’s story, which I felt needed to be told.

The first person we meet in A Most Clever Girl is Catherine Gray, banging on the door of a Connecticut apartment and carrying a gun. It’s November 1963. Can you give us a brief description of Cat, as she’s known, and what makes her angry enough to kill? I’m not asking for the full story, which is revealed throughout the book, but for what Cat says (and implies) at the beginning.

Catherine Gray is a college student who is reeling both from the death of her mother and President Kennedy’s assassination. She shows up on Elizabeth Bentley’s doorstep demanding answers to the shocking mystery she just uncovered about her family. What she doesn’t expect is for Bentley to ensnare her in her own story of becoming a controversial World War II spy and Cold War informer!

This initial confrontation gives way to a bargain, initially lasting one hour, in which Elizabeth Bentley will tell her story. We move back in time, then, to the 1930s. How does Elizabeth portray herself as a young woman? What draws her to the Communist Party?

Despite her gold-plated education, Elizabeth was a very lonely young woman—she was actually called a “sad sack” by her classmates at Vassar. When her father dies, Elizabeth is left to fend for herself during the height of the Great Depression. She’s drawn to the Party when she meets a friend—Lee Fuhr—who takes her under her wing and introduces her to the Party. Wanting to help protect her country against the burgeoning worldwide Fascist movement while also enjoying this new friendship, Elizabeth decides to join the Party.

The crucial transition for her occurs in conjunction with her introduction to a man who goes by the code name of Timmy. (She has other names for him, just as he does for her.) Tell us how that initial connection comes about.

Elizabeth’s first foray into the world of spycraft comes about through a position she lands at the Italian Library in New York, where she smuggles out Italian Fascist propaganda. From there, she is introduced to Timmy, who recognizes in her a talent for reading people. Given her lack of family and personal attachments, he taps her to join the Party Underground and become a full-fledged spy and eventually, a handler. 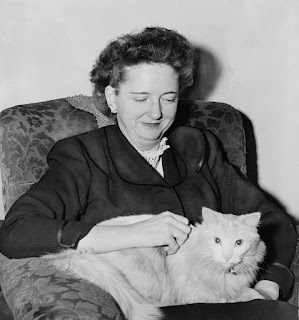 Together, Elizabeth and Jacob Golos, aka Timmy, form an extraordinary spy partnership. What can you tell us about that?

Elizabeth and Jacob Golos were partners in espionage who eventually broke the Communist Underground rule against forming close friendships and unnecessary emotional connections. They fell in love, and when Jacob’s position as head of a massive Soviet spy ring was exposed, Elizabeth stepped in and took over as handler. Between the two of them, they ran one of the largest Soviet spy networks in America.

One of the costs to Elizabeth of joining the Center (the secret administrative heart of the Communist Party of the USA) is that she has to abandon her friends in the active—that is, open—Party. But she does make one friend within the inner circle, and that’s Mary Tenney. Who is Mary, and how do they become friends?

Mary Tenney is a honey-trap for the Party, meaning that she sleeps with high-ranking government officials in order to spy on them. She and Elizabeth become friends when Elizabeth takes over as her handler—Mary Tenney becomes the sister Elizabeth never had.

And what of you? This novel came out in September 2021. Are you already working on something new?

I’m always working on something new! (In between teaching and hiking and baking and cheering at my daughter’s volleyball games.) My next project is a mother-daughter story that spans both the French Revolution and the Regency period. It’s been quite a change from the Cold War, but I’m loving it!

Stephanie Marie Thornton is a writer and high school history teacher who has been obsessed with infamous women from history since she was twelve. She lives with her husband and daughter in Alaska. A Most Clever Girl is her latest novel. You can find out more about her at https://www.stephaniethorntonauthor.com.