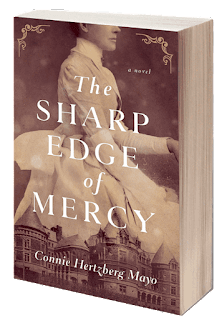 It’s New York at the turn of the twentieth century, and Lilian Dolan is living in a small apartment with her younger sister, Marie. To support them both, Lilian talks her way into a job as a nursing assistant at the New York Cancer Hospital. She wants to become a nurse, so this seems like a good opportunity for her, and she has support from her cousin Michael, if not from her mother, because of an unspecified conflict that becomes clear only toward the end of the novel. But many of the hospital nurses shun her, and although Lilian establishes a rapport with several of the patients, her yearning to find out more about medicine brings her into contact with a new head surgeon who clearly has more insidious intentions toward her than Lilian herself is prepared to face.

In addition to the details of medical care at the time, this novel manages to incorporate an astonishingly vast swath of New York city life: the gay scene in its various manifestations, race relations, sexual harassment, and the right to euthanasia all play a part without ever overwhelming the story. At its heart is Lilian—brave, alert, intelligent, naïve, and loving. Following her pursuit of happiness and self-worth is a journey well worth taking.

Your first novel, The Island of Worthy Boys, was set at a charity school in late 19th-century Boston. The Sharp Edge of Mercy takes place in turn-of-the-century New York. What draws you to this time period?

I love the stuffy Victorian morals of this era, especially in cities, because there is such contrast between how people “should” behave and the gritty reality of urban life. It was also a time of enormous technological change—telegraph, telephone, recorded music, electricity and so much more—which reminds me of today, just with different technology.

And what inspired this particular story?

I wanted to write a novel about medical ethics, and when I heard about the New York Cancer Hospital, which was the first cancer-only hospital in the country, I knew it would be a great setting for a story with that theme.

When we first meet Lilian Dolan, your heroine, she’s moved away from her mother and is living in a small apartment with Marie, her sister. Give us a brief overview of their situation, please, at this early point in the novel.

Lillian is pretty young herself—she’s nineteen. And like many young people, she sees the world in black and white. She has judged her mother harshly for some decisions her mother made and left with her fourteen-year-old sister Marie. Marie is blind and cognitively impaired from a bout with scarlet fever, so Lillian has taken on quite a challenge in caring for her sister while working full-time. 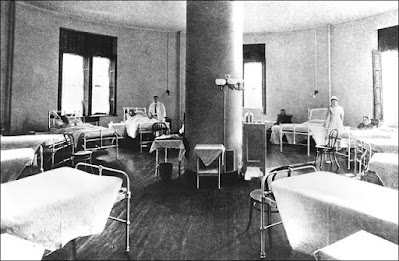 And how would describe Lilian, as a character? What does she want in life?

Lillian wants to be a nurse, but she is too young to start a nurse training program. She’s very smart and has a strong stomach, so she will be well suited to be a nurse someday. In a different era, she would probably become a doctor. There were some female doctors at the time, but it was not easy.

She becomes a nursing assistant at the New York Cancer Hospital. What is this job like for her?

Her job duties are menial, and although she doesn’t mind them, she just can’t stop her mind from wondering about all sorts of things related to the patients and the hospital. This doesn’t win her many friends at the hospital. 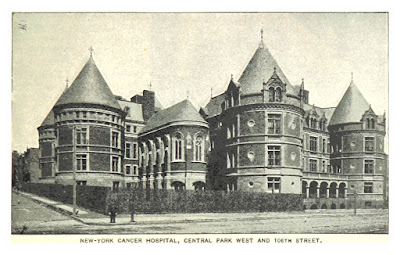 It’s clear even from the short description on your website and the back of the book that this is at its heart a novel about sexual harassment—an experience all too familiar to contemporary women as well. How does that theme play out in your novel?

When the new surgeon at the hospital takes interest in Lillian, she is enormously flattered even though in the back of her mind, she starts to see red flags. They engage in Socratic debates about all the things that Lillian has been wondering about. Of course, he is a predator that understands how much Lillian craves intellectual validation. Once Lillian understands that she is in over her head, she doesn’t know how to extricate herself. I think this is a position that a lot of smart young women find themselves today, so I hope this resonates.

My third novel is outlined, but I have not had any time to work on it recently. It’s set in Boston in 1958, so a departure from my usual turn-of-the-century timeframe. Boston took a brownstone neighborhood called the West End by eminent domain and completely destroyed it to put up buildings for Mass General Hospital and midrange apartment buildings that the former residents couldn’t afford. My story is about three families that live together in one of those brownstones, and each family has a reason why moving will be catastrophic for at least one family member. The story also includes a young, idealistic draftsman on the city planning board who slowly realizes what this will mean for the West End residents.

Thank you for the opportunity! 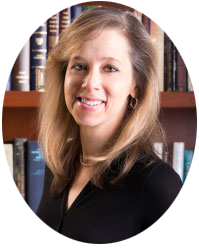 Connie Hertzberg Mayo is the author of The Island of Worthy Boys, which won the 2016 Gold Medal for Best Regional Fiction from the Independent Publisher Book Awards. Her latest novel, The Sharp Edge of Mercy, was published by Heliotrope Books in May 2022. Find out more about her and her writing at https://conniemayo.com.