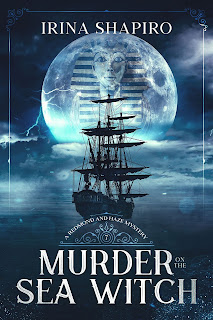 As I’ve mentioned elsewhere, I found this series by serendipity and read it first out of curiosity, then with increasing enthusiasm. What drew me in was the combination of complex but satisfying plots and the growing friendship between a rural English policeman and a US Civil War surgeon turned reluctant earl—each with his inner strengths and conflicts.

Lord Redmond and his buddy Daniel Haze have now reached their seventh adventure, with the eighth due for release in another month or so. They are the creation of the incredibly prolific Irina Shapiro, who graciously took an hour away from crafting their adventures to talk with me for a New Books Network interview. As you’ll hear, she has a lot of interesting insights into her characters. Read on, then listen, to find out more. 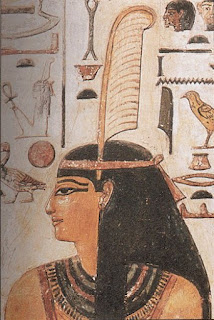 Jason Redmond, a US Civil War surgeon, never expected to step into his father’s shoes as the heir to an English earldom. When he first shows up to claim his inheritance, with a scrawny twelve-year-old former drummer as his ward, Jason plans to inspect the property, then return to his home in New York. But the discovery of an obviously murdered body in the local church first casts suspicion on Jason, then involves him—first in performing the postmortem and later in helping the parish constable, Daniel Haze, solve the crime. By the end, Jason has decided to stay in England for a while.

Six books and as many cases later, Haze has moved to London for reasons explained in Murder at Ardith Hall. When the corpse of Blake Upton, a renowned Egyptologist, is traced to a ship in the London Docks, it seems only natural that Daniel should involve his friend Jason in finding out who among the potential suspects had the means, motive, and opportunity to dispatch the Egyptologist to his eternal rest in the arms of Osiris. And in this variation on a locked-room mystery—the archaeologist must have been killed just before the Sea Witch docked—a surprising number of passengers and crew have something to gain from Upton’s murder. Moreover, the grisly means used to kill Upton point to someone familiar with ancient Egyptian funerary customs. Jason and Daniel have their work cut out for them if they are to find the culprit before the impatient head of Scotland Yard decides that Daniel’s first case as an inspector will also be his last.

Irina Shapiro has a gift for tricky but ultimately satisfying plots and for delving into her characters’ inner lives. Jason and Daniel have come a long way since their first appearance in Murder in the Crypt a few years ago, but  let’s hope they have many adventures yet to come.