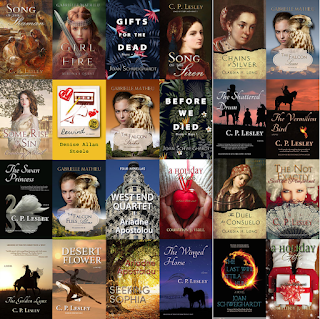 Ten years ago this month, Five Directions Press published my—and its—first novel, The Not Exactly Scarlet Pimpernel. Two weeks later, ten years ago almost to the day, I started this blog. And that November, I conducted my first podcast interview for New Books in Historical Fiction. So this is a year of anniversaries, for me personally and for two entities (my writers’ coop and my podcast channel) that have come to mean a great deal to me—and not only in terms of bringing my work to the world.

According to the wisdom of the Internet, the metal associated with a tenth anniversary is tin or aluminum. Compared to silver, gold, or diamonds, this always appeared to me a ho-hum choice, about which not much could be said except that it was better than paper. But, again according to the Internet, tin or aluminum stand for strength and endurance. That sounds better, don’t you think? So let’s go with that interpretation. Keeping anything going for ten years, especially as we mark the halfway point of the third plagued by Covid, seems well worth a celebration.

Anniversaries also invite retrospectives. While checking on dates, I reread that first post and was amused to see how relevant the questions I asked then still are, despite the many changes that have affected publishing and marketing in the last ten years.

Now as then, my nonfiction book still sells more copies in a year than all my novels (now numbering twelve) combined, lagging only during the worst year of the pandemic, when most college classes moved to Zoom. Social media still dominate marketing, although Instagram and TikTok are rapidly displacing Facebook and Twitter. With only so many hours in the day, I rarely have time to visit GoodReads or even Pinterest.

At the same time, the market for books has become even more crowded, further restricting opportunities to break out. The sense that more people are talking than listening has only increased. My sales were higher in 2012–2014, when I had only three books, than now, when I have four times that many. I still have my fans, I “own” the Amazon listings for 16th-century Russian fiction, but sales spike when I release a new title, stay higher than normal for a month or two, then drop off once more.

One bright light has been the New Books Network, which got off to a slow start in 2007, was still little known when I joined in 2012, but since then has grown steadily. In September 2021, a combination of people being stuck at home eager to produce podcasts and people stuck at home eager to listen to folks chatting about books doubled the number of downloads in just thirty days. We are now big-time, with an average of three to five million episodes served each month. I’m glad to be a part of that, and I’d like to take this opportunity to thank all the authors who’ve spoken with me about their work, all the publicists who helped set up interviews, and of course, the many, many people who tuned in to listen. 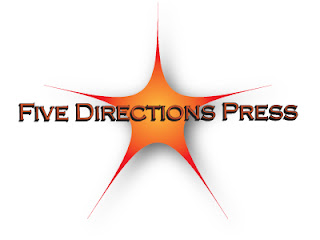 Another bright light is Five Directions Press. We began as a writers’ group of three who decided, because of our particular blend of skills, to take a chance on producing our own work as a coop rather than brave the choppy seas of traditional agented publishing. At one point, we had more than doubled our numbers; we still stand at five, all actively writing. And although no one has yet cracked the marketing code and put out a bestseller, we have learned a huge amount about how the process works, what does and doesn’t yield results. More important, we have supported one another through the ups and downs of writing, offering comments, contributing to the newsletter and social media accounts, supplying reassurance during the down times and congratulations when things go well, and talking up one another’s books whenever possible. As I say in every acknowledgments to one of my novels, I can’t imagine the last ten years without Ariadne Apostolou, Courtney J. Hall, Claudia H. Long, Gabrielle Mathieu, Joan Schweighart, and Denise Allan Steele.

Then there is, of course, this blog. If you’d asked me, back in 2011, whether I would ever start a blog, let alone post once a week—without fail—for ten years, I would have laughed in your face. But it’s been a wonderful learning experience, not just in patience and perseverance but also in achieving comfort with talking about my own writing and life as well as structuring conversations with other authors. For all the high-intensity appeal of social media, I much prefer the greater space offered by the blog format. Perhaps it’s a generational thing; perhaps it’s my natural affinity for the much longer novel format. But either way, I like the challenge of finding a topic, stripping it to its essence, and figuring out how to present the central issue in a way that readers need not be specialists to appreciate. It’s a bit like teaching, without the requirement of grading—something I never liked. It also lets me interact with far more of my fellow writers than I could fit into my schedule for the New Books Network. 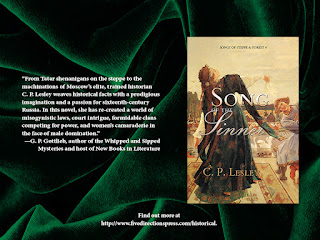 Last big question: in the end, would I make the same choices again? Retrospectives are always deceiving, because we cannot return to the state of knowledge we did (or did not) possess at an earlier time, but on the whole, my answer would be yes. It would be lovely, of course, to have a contract with a Big Five publisher—especially if (a far from guaranteed result) it meant funding my retirement with royalties from my novels. But I don’t write to sell books; I write because I love to tell stories about this long-past society that is so unfamiliar to most Americans and even many Europeans, yet so full of dramatic possibility and tension. Having written the books for my own pleasure and worked on them with my friends at Five Directions Press, I see it as a simple decision to share them with those who enjoy them. I can do that because after almost thirty years in publishing, I know how a professionally produced book should look, and the coop makes skills like cover design affordable. It’s not a model that would work for everyone, but it works for me.

So let’s raise a glass to ten wonderful years, with hopes for many more to come!