Trapped in the Fens 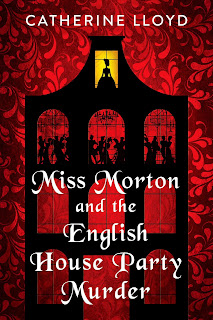 I hadn’t heard of Catherine Lloyd before her publicist sent this book my way, but I soon discovered that she has eight previous novels, set during the Regency in the English village of Kurland St. Mary. I tore my way through those in short order, caught up in the lives of Major Robert Kurland and the local vicar’s daughter, Lucy Harrington, as they solved one mystery after another—several in Kurland St. Mary itself, but others in London or Bath.

When I finished with those, I started the new series:  a different cast and a slightly later time period, but the same blend of characters operating in the midst and at the edge of high society, creating a clash of expectations and prospects that fuels tension that explode into murder. As Catherine Lloyd notes during our interview for the New Books Network, Major Kurland is dealing with the aftermath of a devastating blow during the Peninsular War that almost cost him his leg. Lucy Harrington struggles to keep house for her father, a position where she has great responsibility but insufficient authority, without losing track of her own needs and goals. Caroline Morton grew up in privilege as an earl’s daughter, only to see her prospects dwindle, then disappear, because of her father’s extravagance. But these are the leads: the secondary characters caught up in each case have problems of their own, all magnified by the goldfish-bowl effect of a rural village or an isolated country estate. Memories are long and reputations set in stone, and watching those immutable exteriors war with changing human needs and desires is for a historian where the fun lies.

As we soon find out in this opener to a new series set in 1830s London, Lady Caroline Morton’s illustrious heritage has been tarnished by the financial ruin and suicide of her father a few years earlier. The economic opportunities available to young women—especially noblewomen—in Victorian Britain are extremely limited. Caroline’s family has offered to support her, but life as a poor relation doesn’t appeal to her. As a result, she has broken with tradition and taken a position as companion to a wealthy but less-cultured widow, Mrs. Frogerton. One of her responsibilities is to prepare Mrs. Frogerton’s teenage daughter for her debut into society.

Caroline is settling into her new life when her Aunt Eleanor arrives to announce that she’s sponsoring a house party and expects Caroline to attend. To sweeten the deal, Aunt Eleanor invites Mrs. Frogerton and her daughter as well. Miss Morton (she considers the “Lady” inappropriate for a paid companion) can’t refuse when it’s pointed out that the house party provides a perfect setting to introduce Miss Frogerton to London’s high society. Caroline also wants to check on her younger sister, still living at their aunt’s house. 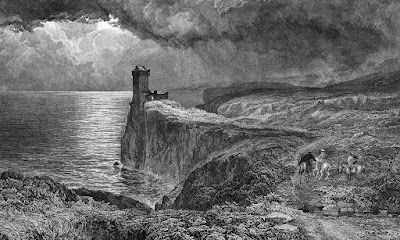 Caroline’s worst fears are realized when, not long after her entry to the estate, she encounters the man she was engaged to marry, only to have him turn his back on her without so much as a greeting. Bad turns to worse, including the troubling disappearance of a trusted servant, followed by a gruesome murder that Aunt Eleanor and her family insist must be an accident. Only the country doctor agrees with Caroline that an investigation is warranted. Meanwhile, the killer appears to be leaving clues in the nursery as to the identity of the next victim.

All this takes place in a classic locked-room setting, where torrential rains flood the Fens and prevent anyone within the house party or on the staff from leaving the estate. Catherine Lloyd weaves a gripping tale that pits a vividly imagined and complex set of characters against one another and the elements. If you’re a fan of historical mysteries, you won’t be able to put this one down.