Down the Rabbit Hole

This post ran a few weeks ago on our Five Directions Press blog, but since I haven’t had a writing post in a while, and I was the one who produced it, I decided to repost it here.

Down the Rabbit Hole,
Or, How Not to Get Lost in Your Research

As a historical novelist, I do a lot of research. As the host of New Books in Historical Fiction, I interview people who do a lot of research. And since I was a historian before I became a historical novelist, I have to admit that I’m naturally drawn to research. In fact, it’s my favorite part of planning a novel: delving into areas I know nothing about, despite all the years I’ve spent studying early modern Russian history. I have in mind things like Tatar views of religion (The Golden Lynx and The Winged Horse, also Song of the Shaman), banditry in the northern forests (The Swan Princess), the politics of Renaissance Poland (Song of the Siren), sixteenth-century herbal medicine (The Golden Lynx, The Swan Princess, Song of the Steadfast), Ivan the Terrible’s bride shows (Song of the Storyteller), and, of course, the specific political events of any given year, which form the backdrop to all my Russian novels. 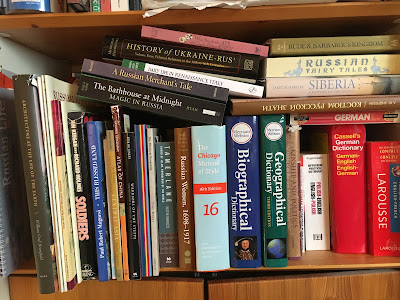 The catch is that, just as with characters’ backstories, writers need to know far more about the historical specifics than readers do. It’s a pretty safe bet to say that we’ve all read novels where the author couldn’t resist throwing in every tiny fact or descriptive detail that crossed their path, to the point where our eyes glaze over and we start to wonder whether we really need ten pages on the Battle of Wallingford to understand why the hero admires the heroine.

The problem extends beyond historical fiction, of course. I’ve struggled through contemporary romances where the author lovingly describes every Armani suit and ornamental flourish, fantasy and science fiction novels that spend more time building the world or explaining the technology than presenting characters I care about, and mysteries so focused on the appearance of a body that the personality of the victim fades from view. Without enough detail, a novel can’t come to life and pull the reader in, but too many details smother the story. So where do we draw the line? Or perhaps a better question, for those of us who see research as fun in and of itself, how do we rein ourselves in? 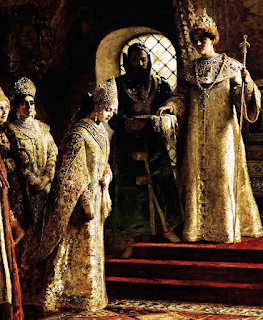 My own approach may not work for every author, but I’ve honed it over the years and pass it along for you to use as seems best to you. In short, I force my research to serve the story rather than exist on its own. Right at the beginning, when I’m thinking about a new book, I start with the characters. Who are the leads? What do they want, at this moment in their lives and long-term? How old are they, and what do they look like? Which social group do they belong to, and how does that affect them? What is their cultural background? Who will stop them from getting what they want?

The answers to most of these questions don’t require research, only imagination—although cultural backgrounds and the lives of people outside the elite can require a bit of digging, especially when the genre is historical. But once I have a sense of whom I’m dealing with and where and when, then I put in as much time as I need to find out, as specifically as possible, what was happening at that moment in history. This can be unexpectedly difficult: most history books don’t operate at the level of individual years, never mind months or days. But I get as close as I can.

What I’m looking for at this early stage is points of tension and conflict, challenges my hero and heroine must overcome, events that would affect them emotionally. I’m also looking for possibilities I might not have considered: arguments about why someone in power made this decision or that, so I can pick the variation that has the greatest dramatic potential. I try not to be flat-out wrong, but where there are multiple explanations, I worry less about which one is “right” than which one will produce the most exciting story and cause the most trouble for my protagonists. I make a list, interspersing those events with the stages of my main characters’ development, turning the general “this happened then” into something my hero and heroine might actually experience and react to in ways that will force them to grow. If an incident—however fascinating—doesn’t contribute to those character arcs, I jettison it. Wistfully, sometimes, and with the hope it will work later on, but ruthlessly. 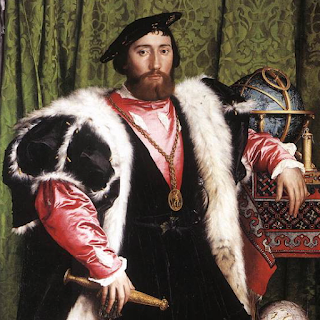 Once I have a complete list of story events, I set the research aside. From then on, I focus on answering specific questions as they arise. Do I need to know what a sixteenth-century Russian healer would use to treat fever? I search for an answer to that question. Am I wondering what mica windows actually looked like? I go online and try to find pictures. Does my character need a suitable ballgown for Kraków in the 1540s—or the 1560s? I check out paintings from that time and pick elements that fit her style. The Internet is an amazing resource, but if you’re not careful, it can suck you in and churn you into butter before it spits you out.

Of course, I’m no less susceptible than anyone else to the lures of procrastination. Sometimes I too dive into a research rabbit hole and don’t emerge for days. But most of the time, this method works. And when I do forget and throw in more information than any reader really wants to know, I can always rely on my trusty critique partners to point out where I lost them.

That brings me to my last suggestion for avoiding the research trap: beta readers. Whether it comes from fellow writers or avid bookworms, there’s nothing like friendly feedback to keep a writer from supplying not enough information—or, more often, too much. Just remember: in the end, readers don’t care how many hours you spent perusing books and websites. They want a good, fast-paced story—rich in description and complex characters, yes, but not at the expense of the action. Keep that point in mind, and your research will remain in the background, where it belongs.

Images: Photograph of my overstuffed bookshelf © 2021 C. P. Lesley; cropped paintings by Konstantin Makovsky, The Tsar Chooses a Bride (1886) and Hans Holbein, The Ambassadors (1533)—my inspiration for the bride show in Song of the Storyteller and Felix in Song of the Siren, respectively—public domain via Wikimedia Commons.