Life along the Rivers 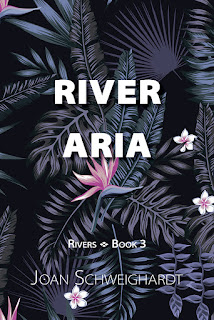 A budding opera star, a gifted painter—the hero and heroine of Joan Schweighardt’s latest novel, River Aria, out this week from Five Directions Press—seem destined for a star-studded future. But life is not so simple for these two immigrants from Brazil to Jazz Age New York. Estela and JoJo face poverty and prejudice and family dysfunction; they have to make ends meet in ways that have little to do with music or art. And both harbor secrets that threaten to rip apart their dreams of happiness.

Joan Schweighardt fills you in on these and other elements of her new book, which concludes her Rivers Trilogy. Read on to find out more. And to learn about the earlier books in this intensely dramatic series, listen to my interview with Joan at New Books in Historical Fiction.

In this novel, your main character is Estela. How would you describe her?

Estela is born in 1910 and raised by her Amerindian/European mother in the city of Manaus, Brazil. To some extent, we are all products of where we are from, but in Estela’s case, her physical surroundings are particularly essential to any description of her. Before the South American rubber boom, which began in the late 1800s, Manaus was a small fishing village on the Amazon River in the middle of the world’s largest rainforest. When the demand for rubber became urgent (because of the advent of the automobile), entrepreneurs from all over Europe descended on Manaus and made it the hub for the rubber industry. Since there was nothing there, they had to import construction materials and quickly build mansions, hotels, restaurants, schools, etc. The centerpiece of their construction was the Teatro Amazonas, a magnificent opera house built to attract elite performers. But then the rubber boom ended abruptly in 1912, just a few years after Estela’s birth, and the Europeans fled. The city—with the exception of the Teatro Amazonas—reverted to a state of decrepitude and its peasant population into a state of poverty.

A twist of fate saves Estela from spending her life repairing fishing nets. When she is ten, a Portuguese voice and music instructor comes to Manaus, and seeing the gold dome of the Teatro Amazonas shining high above the gloom of desertion that mars the rest of the city, he decides to stay and instruct a handful of “river brats” in music, opera, and more. The city officials allow him to use the grand lobby of the Teatro Amazonas for his lessons. In this way, Estela receives an elite education and grows up to be a young woman both worldly wise and bound to the mythologies of her indigenous ancestors.

And what of JoJo? Who is he, both in relation to Estela and as himself?

Estela’s mother and JoJo’s mother are the best of friends and, for various reasons that become clear in the early chapters of the book, they raise their children as cousins. But while Estela is enjoying learning about the world in the lobby of the Teatro Amazonas, JoJo quits school at an early age because his grandfather, a fisherman, becomes sick and JoJo is needed to take his place on the fishing boat. JoJo opts not to return to school even after his grandfather recovers, because working on the boat affords him more time to draw and paint.

Why do Estela and JoJo decide to leave Brazil for New York?

Estela’s music instructor knows the managers at the Metropolitan Opera House in New York. Thinking Estela’s talents are worthy of the stage, he writes to them on her behalf, asking them to consider her as a chorister. In response, they offer Estela a job working in the sewing room. Estela is able to obtain travel papers, in this time (not unlike ours) when immigrants with darker skin are unwanted, only because her birth registration shows that she has an American father. JoJo, whose papers confirm that he too has some American blood, travels with her, ostensibly to attend an art school but in truth to learn more about his parentage.

As happens to many immigrants, the United States doesn’t quite meet their expectations—and that’s true of New York City in particular. What do they find when they at last reach their destination?

Estela has been invited to spend her first nights across the Hudson River, in the town of Hoboken, New Jersey, with her father and his wife, whom she has met only once before. JoJo had expected to go with her, but due to the nature of an argument he and Estela have while still on the ship, he opts instead to take his chances on the streets of New York. He spends his first night with several other homeless men, outdoors behind an abandoned building, with only a barrel fire and a few borrowed blankets to keep him warm. Their circumstances at this early stage are emblematic of the obstacles they will encounter from then on.  Estela will be offered more than she cares to accept; JoJo will need to employ his ample street smarts if he’s going to survive.

The story takes place in 1928–1929. What drew you to this particular time period? How did you research it—especially the operatic scene that is so much a part of Estela’s life, even if not in quite the way she expected?

While River Aria can easily be read as a standalone novel, it is also the third book in a trilogy which begins in 1908 and moves back and forth between the locations of Hoboken, New Jersey, and Manaus, Brazil. Book 2 (Gifts for the Dead) having ended in the first part of 1928, it follows that River Aria could start just after; it begins in the last months of 1928.

As part of my research, I visited the Teatro Amazonas in Brazil, but I could not visit the Metropolitan Opera House that Estela would have worked at on Broadway in New York because that Met location no longer exists. The property was sold in 1966 and razed in 1967 and now supports a forty-story office tower. The Metropolitan Opera, meanwhile, was relocated to Lincoln Center in New York. Since I was not able to visit the old Met, I went to the new one and had a great backstage tour that included time in a long hallway filled with black-and-white photographs from the old Met. My tour guide was an older gentleman who once worked in and remembered the old Met and was willing to answer my many questions about how things had been done then. And, of course, I read books about the old Met. Although I have only attended one opera in my life (La Traviata at the Met at Lincoln Center), I have watched operas on DVD and even YouTube.

This is the third and last novel in your Rivers series. How do you feel about saying goodbye to this world and these characters?

I’ve written quite a lot of books in my life—my own and books I’ve ghostwritten for clients. Each book is a unique journey for me. This last project—these three novels with the same characters (give or take one or two) in the early part of the twentieth century, traveling back and forth between New York and Brazil and covering some of the most astonishing historical moments of the times in both locations—has been an extraordinarily intense literary experience. I have been immersed in it for years now. I made two trips to South America during the writing of the books; I spent time deep in the rain forest with indigenous tribal people; I traveled on the Amazon and some of its tributaries with a guide. I read and read and read. I learned so much.

Where does your writing path take you next?

I want to write something about my sister, who lived an extraordinary life and died too young. I will also be working on some projects with other writers—anthologies, that sort of thing.

Joan Schweighardt is the author of eight novels, a memoir, two children’s books, and various magazine articles. She lives in Albuquerque, New Mexico. Find out more about her at https://www.joanschweighardt.com. 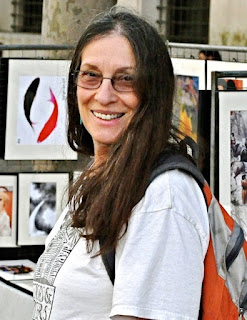 Love and Magic on the Steppe

It’s always tremendous fun to release a new novel. The blood and angst that went into creating and revising the story washes out in produc... 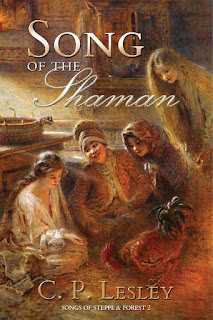