We’re well into the fall now, with Halloween arriving tomorrow and the clocks going back at 2 AM on Sunday morning, so it’s definitely time to review a few good reads to occupy those soon-to-become considerably longer evenings. Quite a range this quarter, although as it happens I have nothing on the list but historical fiction of various types. That is mostly what I read, between my own writing interests and preparation for my podcast interviews, but I’ll try to come up with a few contemporary suggestions as well for the next go-round. 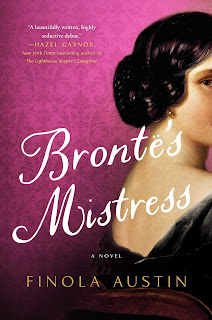 Finola Austin, Bronte’s Mistress (Atria Books, 2020)
Most of my readers and listeners will be acquainted with the works of Charlotte (Jane Eyre) and Emily (Wuthering Heights) Brontë. This novel focuses instead on the lesser-known siblings Anne and Branwell, in particular Branwell’s affair with an older woman whose marriage has suffered from the death of a beloved child. Lydia Robinson tells her own story in a way that not only inspires sympathy for her plight but hints at sources of inspiration for a few beloved plot points in Charlotte’s and Emily’s novels. I’ll be talking to the author next week for New Books in Historical Fiction, so look for that before Thanksgiving. 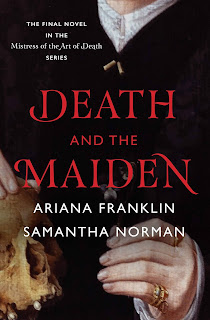 Ariana Franklin and Samantha Norman, Death and the Maiden (William Morrow, 2020)
It takes a certain kind of dedication and skill, as well as talent, to complete your mother’s novel series, as Samantha Norman has done here. I had not encountered Ariana Franklin’s medieval mystery series before William Morrow sent me this book for a possible interview—which I then couldn’t fit into my schedule. But I look forward to reading it and, if I have time, its predecessors.

To quote the press release, “a young female character … finds herself in the middle of mysterious circumstances and must use forensic investigation to deduce what’s happening to a host of young women who go mysteriously missing … and whose bodies re-emerge seemingly drowned from the fens.” The book is set in twelfth-century England, where Eleanor of Acquitaine is acting as regent for her son Richard I while her other son John is determined to upset the apple cart if he possibly can. If nothing else, I’m curious to see what kind of forensic knowledge existed then—it may prove useful in a later Songs of Steppe & Forest novel. 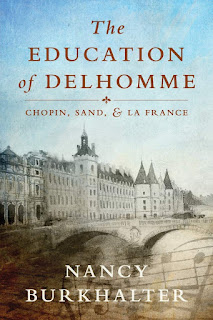 Nancy Burkhalter, The Education of Delhomme (History through Fiction, 2020)
Who could resist a novel that includes not only Frédéric Chopin and his gender-bending lover George Sand but Chopin’s piano tuner, who is the focus of the story. The author worked as a piano tuner herself, and her knowledge and musical sensibility infuse the novel. But Beaulieu Delhomme, the protagonist, has far more going on than his work for Chopin. He’s in love with the fiancée of a man in the French Foreign Legion; he becomes involved in espionage that leads to his imprisonment (as we discover in chapter 1); and he lives in perilous times. Much of the action takes place leading up and during the Revolutions of 1848, in this case in Paris. Find out more from my written Q&A with the author, which should go up on this blog in a few weeks. 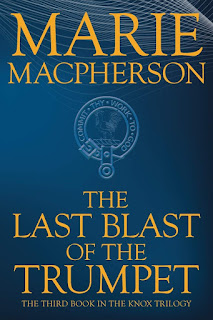 Marie Macpherson, The Last Blast of the Trumpet (Penmore Press, 2020)
Marie Macpherson has made a writing career out of reevaluating the career of the sixteenth-century Scottish religious reformer John Knox, known to most people as the man who ruined both football and Christmas. Macpherson’s Knox is not at all the grim preacher of popular culture: he loves women as much as the Bible, and he’s no stranger to a good time. In this third and last novel in the trilogy dedicated to him, Knox goes head-to-head with Mary Queen of Scots. I’ve been clearing other things out of the way, but I hope to set up a written Q&A with Marie soon. In the meantime, check out the (just revamped) New Books Network site to learn more about The First Blast of the Trumpet, including listening to the author bringing life to her own prose in her fabulous Scots accent. 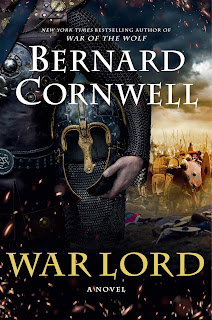 Bernard Cornwell, War Lord (Harper, 2020)
And speaking of endings, I’ve made no secret on this blog that I am, contrary to my own usual literary leanings, a huge fan of Bernard Cornwell’s Lord Uhtred, hero of the Saxon Tales—now renamed the Last Kingdom series after the justifiably celebrated Netflix TV shows based on them. So I could hardly resist Uhtred’s final adventure. In the course of twelve books, he has gone from a child of ten to an old man. During that time, under the leadership of King Alfred the Great and his children, Wessex, the “last kingdom” of the title, has progressed from a lone survivor about to fall to the Danes to the head of an almost-unified England. The new standout is Uhtred’s own Northumberland, and once again he must decide where his loyalties lie.

I’ve talked with Bernard about this series at least three times for New Books in Historical Fiction (The Pagan Lord in 2014, The Flame Bearer in 2016, and War of the Wolf in 2018), but as we get deeper into the story it has become ever harder to avoid spoilers for the series as a whole. So Bernard has kindly agreed to answer my written questions about this last novel, which brings the story of England’s unification to its close with more than a little help from Uhtred. Watch for that Q&A by the end of November.