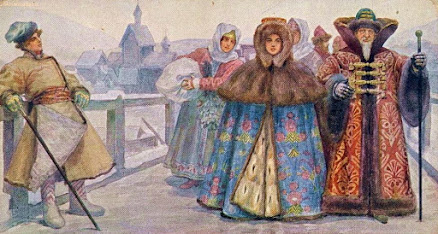 I’ve written before about the fun and excitement of releasing a new book. That is especially true of Song of the Sisters, which is something of a departure for me. Sure, there is a political backdrop (I seem to be incapable of writing a pure romance). But compared to the earlier Russian novels, this one focuses on a domestic conflict involving two sisters who discover after their father’s death that he has left the estate where they live to a cousin they barely remember and detest on sight. Is the cousin lying? If so, how did he get hold of their father’s will? If not, why did their father never mention the inheritance and, in fact, indicate he had quite different plans in mind? Since he suffered from dementia for years before he died, it’s all too possible that their father’s plans, however sincere his intent, never came to pass.

The questions assume particular urgency when it becomes clear that their cousin doesn’t plan to stop with the inheritance. He wants to advance his career by finding a highborn husband for one sister and forcing the other into a convent. This means war, and the sisters—despite the constraints placed on women in their culture—pull out all the stops to find the original will and thwart their cousin’s plans.

“Oh, Darya, you have to see this. A strutting peacock just entered our yard!” Solomonida stood on tiptoe, leaning forward until I worried she might tumble right through the open window in her eagerness. The late morning sunlight glinted off her jeweled headdress and found an answering glow in the wisps of blonde braid that had worked their way out from under the rim as she sewed.

“Peacock?” I stared at her and sighed. It wasn’t fair. My older sister was lovely, even at thirty-one. Not just beautiful, either, but vivid and charming—outgoing, outspoken, eager to interact with life beyond our courtyard gates. Next to her I felt like the quiet mouse she teasingly called me. “How would a peacock get into our yard?”

“See for yourself.” She beckoned to me.

Sorely tempted, I glanced at the altar cloth I was embroidering, already well on its way to completion. I’d set myself the task of stitching the edge of the Blessed Mother of God’s halo before I left for church, and I wasn’t even halfway through. “I’ll never finish this if I stop every time a bird flies by, Solomonida.”

I rubbed the pure white rose I’d embroidered yesterday between my thumb and forefinger, imagining the flower’s aroma—the scent of holiness. The thread, soft against my skin, reminded me of the real petals I’d stroked this morning on my journey through the courtyard. The sky-blue satin behind the flowers caressed my fingertips; the cloth-of-gold that formed the halo glittered with the light of Heaven. I liked nothing better than to watch my needle threading in and out, connecting one delicate stem stitch to the next, directing my thoughts and dreams along a clear, simple path.

Although I’d never seen a peacock outside a book. And a peacock on every corner would make the altar cloth quite unique. Why waste the chance to see what a real one looked like?

“Don’t be silly,” Solomonida said. “That altar cloth won’t get up and walk off by itself. It will be there when you get back to it. Do hurry, or you’ll miss him.”

Temptation won, not for the first time. I dropped the altar cloth on a nearby table and ran to join her. When I saw what had attracted Solomonida’s attention, thoughts of embroidery vanished from my mind as I too gave way to giggles. The young nobleman crossing our courtyard—the toes of his scarlet leather boots turned up; his brocade robe stitched with gold lions as long as my forearm, the full skirts held in place by a tasseled silk sash of a rich, bright blue; his high collar framing a face topped with reddish hair and a green hat; his long cane (obviously for show) tucked under one arm; his shoulders thrown back and his chest thrust forward—did indeed resemble nothing so much as a strutting peacock. 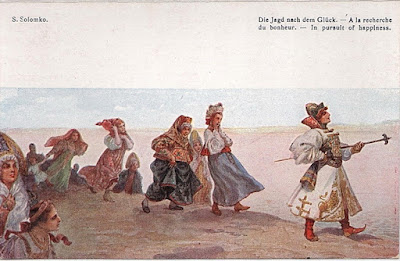 “In Song of the Sisters, against the tense political backdrop of 1540s Moscow, C. P. Lesley brings us into the domestic world of the women’s quarters and enchants with a quiet novel about two sisters who wield their limited power to determine their own destinies.”

“From the first page of Song of the Sisters I was transported to sixteenth-century Russia. C. P. Lesley’s rich prose brings the challenges faced by the young noblewoman Darya and her sister Solomonida to vivid life. Charmed by her humor and ingenuity, I read avidly, rooting for Darya to find her own path beyond the control of her strutting peacock of a cousin, Igor. With themes of love, trust, friendship, and female empowerment, Song of the Sisters is an enthralling read that had me turning the pages long into the night.”

—Kate Braithwaite, author of The Girl Puzzle and other novels

“In Song of the Sisters, the third installment of C. P. Lesley’s delightful Songs of Steppe & Forest series, we meet the wealthy but orphaned Sheremetev sisters. Darya is nearly too old to marry after having spent eight years nursing their father. Solomonida is raising a young daughter following the death of her cruel husband. The sisters peacefully attend to their needlework and supervise their many servants until they are confronted by a distant cousin who claims to have inherited the entire Moscow estate from their late father. As the new lord, he has also acquired the right to choose husbands for them and otherwise rule over their lives. But the sisters have other plans.

From Tatar shenanigans on the steppe to the machinations of Moscow’s elite, trained historian C. P. Lesley weaves historical facts with a prodigious imagination and a passion for sixteenth-century Russia. In Song of the Sisters, she has re-created a world of misogynistic laws, court intrigue, formidable clans competing for power, and women’s camaraderie in the face of male domination.”

—G.P. Gottlieb, author of the Whipped and Sipped Mysteries, host of New Books in Literature

“So rich with historical detail that readers will swear they can taste the foods and stroke the fabrics described, Song of the Sisters vividly transports readers to sixteenth-century Russia. C. P. Lesley blends fact and fiction seamlessly to create a sweet tale with more than a hint of intrigue.”

—Molly Greeley, author of The Heiress