It’s no surprise to anyone that the mystery genre, both contemporary and historical, has a large following among readers. Indeed, even novels not classified as mysteries work best if the authors keep readers in suspense about what drives the obsessions of individual characters or how a hero(ine) will succeed in defeating the main antagonist and achieving his or her goals.

But although I try to maintain elements of mystery in my own novels, that is not the focus of this post. I also love to read a good generic mystery, whether it revolves around murder or another, less extreme crime. I have my favorite authors, at times featured on this blog—classic writers like Dorothy L. Sayers and Agatha Christie but also Elizabeth Peters, Laurie R. King, Rhys Bowen, and Deanna Raybourn, to name a few. I also enjoy crime writers who don’t have the muscle of big publishing houses behind them. P.K. Adams, with whom I am now co-writing murder mysteries of my own, is one example. Here are three others I’ve read recently or am currently enjoying who are published by smaller presses.

In the interests of full disclosure, I found out about all these authors on Facebook (room for another post there), so I know them in a rather casual way. But I make it a point never to recommend a book I didn’t genuinely enjoy, so in that sense these novels are no different from any other, except in the way I learned of their existence. The only one who even knows I bought her books is A. E. Wasserman, and that’s because I plan to interview her for New Books in Historical Fiction whenever I can clear some space in my schedule. 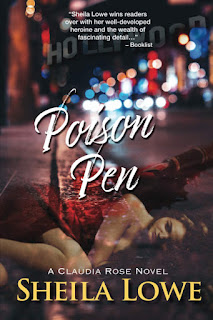 This recently revised and re-released novel, originally published in 2007, kicks off the Claudia Rose series (currently eight books) with a bang. Claudia works as a forensic handwriting analyst, often testifying in court, so it’s not an enormous stretch when she’s called in to verify a suicide note left by Lindsey Alexander, an utterly self-centered and widely disliked publicist known to Claudia. The suicide note is written in printed capitals on a fresh piece of paper, not Lindsey’s usual style at all, but without a printed document to use for comparison, Claudia struggles to fulfill her task.

Then the man who hired her to prove the suicide note a fake winds up severely battered in Lindsey’s apartment, and Claudia is the one who finds him minutes after the attack. In conjunction with LAPD detective Joel Jovanovic (pron. Yo-VAN-o-vich), Claudia gradually gets drawn into both the twisty yet ultimately satisfying plot and to Joel himself, all the while trying to stay one step ahead of the killer. 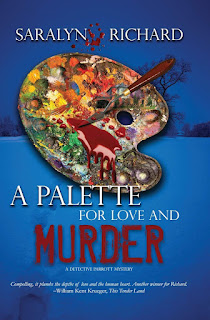 I’m halfway through this one and loving it, so I just bought the first book as well (Murder in the One Percent [2018]). As a result, I’m a bit out of sequence, but so be it. Both of these are set in the Brandywine Valley in southeastern Pennsylvania, an area I know well, and that’s definitely part of the fun. Both also feature Detective Oliver Parrott, a young (20s something) African-American officer on the Brandywine police force a little bewildered by the opulence of his new work environment.

In this second book, Parrott is investigating the theft of two paintings by Blake Allmond, an artist in his fifties from an old and wealthy Pennsylvania family on the brink of achieving international recognition. Allmond shows up dead in New York City before Parrott even has a chance to interview him, and although the murder is not Parrott’s case, it certainly ups the ante. Parrott is a thoroughly likable and sympathetic character, as is his new wife, Tonya—a Navy SEAL just returned from Afghanistan and suffering from PTSD. I can’t wait to find out how this case plays out and to follow the series from now on. 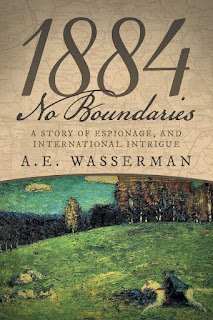 This, the only historical fiction writer in the trio, is the one I plan to interview for my podcast. For that reason, she sent me this book, although I purchased two others—the delightful novella The Notorious Black Bart: The Journey Back, 1883 and the latest, 1888: The Dead and the Desperate, which I have yet to read. But the series begins here, with  the twenty-one-year-old Lord Langsford entertaining his boyhood friend Heinrich von Dieffenbacher, on a visit with his father from Germany. Langsford, despite his recent marriage to the beautiful Regina, has a secret that he conceals even from Heinrich, an eyewitness to one of its early manifestations: Langsford’s only deep, heartfelt passion was for someone he knew from their all-male boarding school (possibly Heinrich himself, although the identity of Langsford’s love has yet to be revealed). But homosexuality, a term not even invented in the 1880s, is still a crime under British law as well as a moral abomination in the eyes of society, including Langsford himself. Hence his early marriage—a vain attempt to control and rechannel his desires.

Meanwhile, Heinrich falls madly in love with a London shopgirl, a match that would be barred to him as the son of a count, even if his father had not chosen to observe a family tradition dating back to the time of Charlemagne that promises Heinrich to the Catholic Church. The moment Heinrich’s father discovers the unwanted attraction, he hauls his son back to Germany without giving Heinrich a chance to say goodbye. But it’s when Heinrich tries to escape his heritage and return to London that he becomes involved in a murder and assassination plot that only Langsford can unravel.

These novels straddle the line between murder mystery and suspense: sometimes we know the identity of the murderer but not the motivation or the context; other times the author chooses a more traditional path, with an investigation that uncovers an unsuspected but plausible villain. But what also distinguishes them—in addition to Langsford himself, a complex and intense Sherlock Holmes type—is their placement in history writ large. Whether it’s a planned assassination of Otto von Bismarck, anarchist bombings by Irish radicals, or politicking to manipulate transcontinental railroads, the background to the books informs and highlights the personal issues of Wasserman’s complex characters.