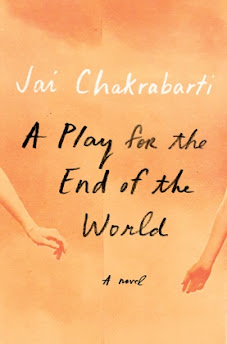 As anyone who reads this blog knows, I am not a huge fan of fiction set during World War II. The circumstances of the war were so horrific, and the effects so traumatic, that it gives me nightmares—not what I’m looking for in light reading at the end of the day. That the journal I edit often publishes articles about the Holocaust in the East, where the worst atrocities took place, only increases my desire to keep my distance from the war when I have a choice.

That said, I do recognize the long shadow cast by World War II on those who took part in it and on the generation that followed. For that reason, I agreed to read Jai Chakrabarti’s debut novel, A Play for the End of the World, which traces the way that those formative experiences influenced the course of his characters’ lives. Read on to find out more.

Where did you learn about Janusz Korczak and the performance of Rabindranath Tagore’s The Post Office in the Warsaw Ghetto in 1942?

Many years ago, my wife and I had been living in Jerusalem on a travel grant. It was our last day in the city, and we wanted to visit Yad Vashem, the Holocaust Museum, while we still had the chance. It was there in the Art in the Ghettos exhibit that I first learned the story of Janusz Korczak—doctor, educator, and the head of a Warsaw orphanage with nearly two hundred children. In July 1942, weeks before the Great Deportations would begin, Korczak decided to stage a play by the revered Bengali author Rabindranath Tagore, and he invited the Jewish community of Warsaw to witness the performance. I found this to be an extraordinary coincidence—that I as an Indian man married to a Jewish woman—would encounter a play from my childhood in a Holocaust museum. At that moment, I knew I wanted to learn more, and this curiosity would eventually lead to years of research and take me to Poland and to the village in India where the play was composed. 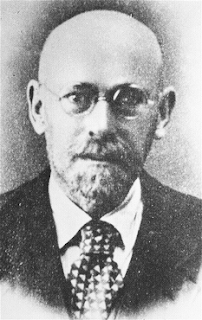 What made you decide to turn that performance into the center of a novel? And, having decided, how did you go about crafting this particular tale?

I’m fascinated with the role of art in periods of societal and political turmoil. I believe Janusz Korczak thought of the performance of The Post Office as a kind of transgressive act that would also uplift his children and the Jewish community. At the same time, art can also be used to exploit or manipulate, and we experience a degree of this later in the novel when a professor in India decides to stage The Post Office in a village fighting political oppression. I wanted to explore these polarities, and I also learned that I was most interested in the aftereffects of trauma—much of the story takes place thirty years after the performance in Warsaw—so the play’s Warsaw performance and its echoes gave me a structure to work with.

As far as we know, none of the children from Janusz Korczak’s orphanage survived Treblinka, so Jaryk Smith, portrayed initially as a child under Korczak’s care, is indeed a fictional character. Jaryk survives a harrowing experience in Poland and relocates to New York City in the 1940s. He lands a job at a fish market and then eventually finds work at a synagogue, where he does maintenance, helps to keep the books, and organizes events for the Jewish High Holidays. He loves to listen to classical music and lives a life full of the same rituals of work and friendship. This rhythm is interrupted as he begins to unexpectedly fall in love. 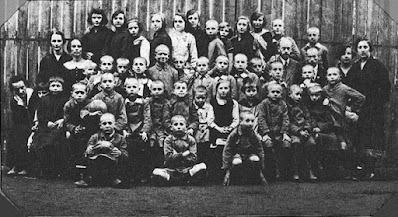 Jaryk’s best friend is Misha, the only other survivor of that 1942 performance. They are reunited in the Displaced Persons camp and travel to New York together. Can you characterize their relationship for us?

Misha, who’s ten years older, sees himself as Jaryk’s older brother even though they aren’t biologically related. Misha feels it’s his responsibility to look out for Jaryk, especially in their early years in New York when they find an apartment in Brighton Beach. Misha is bold, loud, and extroverted in a way that Jaryk is not, and Misha’s friendliness and gregariousness often allow Jaryk to stay comfortably in the shadows. But as Jaryk falls in love, Misha believes Jaryk will be the one who’ll start a family and carry on their stories.

In 1972, Jaryk also loves a woman named Lucy, who has come to New York from the US South. But despite their immediate and intense attraction to each other, their relationship struggles against the power of Jaryk’s past. Why is that?

Jaryk is dealing with the effects of childhood trauma. As he finds himself drawn toward Lucy, he struggles at times to be vulnerable and to enter fully into the relationship. Misha’s death also shocks Jaryk and forces him to confront his own feelings without the benefit of his old friend’s guidance and support. Finally, Jaryk develops a sense of duty toward a village in India, and helping the villagers eventually comes into conflict with his love for Lucy.

The center of the novel has less to do with World War II and its horrors than with the decision of an Indian professor, Rudra Bose, to replicate the performance of The Post Office in a Bengali village not far from Shantiniketan, where Tagore spent a significant part of his life. What does Bose expect from this production? 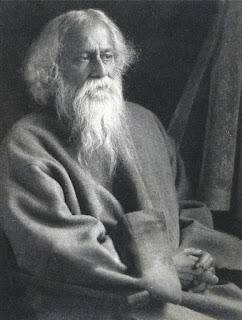 Jaryk originally resists taking part in the Indian production. Why is that, and what changes his mind?

Originally, Jaryk sees the Indian production as something Misha would have engaged in. At first, the idea of traveling to India to help co-direct the production of a play seems almost absurd because it’s so outside the rituals and boundaries of his life. But when Misha dies and Jaryk travels to India and begins to form relationships with the villagers, he also realizes that the performance of the play can help improve their situation; this sense of purpose motivates him to stay on and work for change.

And what of you? This novel came out in September 2021. Are you already working on something new?

Knopf will be publishing my collection of short stories in 2022, and I’m working on final edits to some of the stories now. I’ve also begun a new novel project that’s still in the early stages. 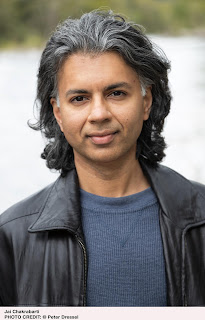 Jai Chakrabarti was born in Kolkata, India, and now splits his time between Brooklyn, NY, and the Hudson Valley. His short fiction has appeared in numerous journals, has been anthologized in The O. Henry Prize Stories and The Best American Short Stories, and won a Pushcart Prize. A Play for the End of the World is his first novel. You can find out more about him at https://www.jaichakrabarti.com.