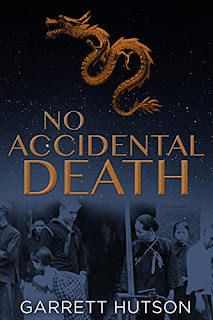 One of the many rewards for me of well-executed historical fiction is that it opens a window onto times and places I know little about. At the end of a long day of editing or even in the midst of a writing vacation, I have little mental energy left to read academic history about anything except the period of greatest interest to me and most relevance for my novels—often I can’t handle even that. But a well-crafted story written by someone who has delved into the specifics of Tang China or the American West or Mughal India pulls me in and along, allowing me to revel in the experiences associated with foreign travel.

Garrett Hutson’s Death in Shanghai series is a good example of this point. He vividly recreates the atmosphere of Shanghai in the 1930s—a port city with a thriving international community and a degree of cultural openness equivalent to New York, Paris, or London. As he notes during my latest interview for the New Books Network, in the 1930s society aimed at freeing itself from Victorian restrictions through increasing gender equality and diversity, among other things, before the 1950s turned back the clock.

But although this theme gives impetus to character development in the books—especially that of the hero, Douglas Bainbridge, who struggles to balance the demands of a rigid upbringing against the reality of the city he adopts as his home—at their heart these are tension- and conflict-laden murder mysteries that move at a rapid pace yet provide satisfying and believable solutions to the problems they raise. So kick back, pour some tea or rice wine, and enjoy the ride.

Despite the deluge of novels about World War II that has characterized the last few years, the period leading up to the war on the Pacific Front has received far less attention. One welcome exception is the Death in Shanghai series penned by Garrett Hutson, the latest book of which is No Accidental Death (Warfleigh Publishing, 2021).

The series revolves around Douglas Bainbridge, a naval intelligence officer assigned to a two-year immersion program in Chinese language and culture. Doug has defied the expectations of his affluent but rigid parents by joining the US Navy instead of taking over the family business, and although he has already developed fluency in Mandarin, he is not emotionally prepared for the rich and varied life that awaits him in Shanghai’s International Settlement when he arrives in May 1935. It doesn’t help that he has barely unpacked his suitcases before a childhood friend, met by chance in a bar, winds up dead in the streets—with the local police all too willing to assign responsibility for the murder to Doug. Doug sets out to clear his name in that first novel, The Jade Dragon, in the process establishing a chain of tangled alliances and favors that help him through the sequel, Assassin’s Hood.

By the time No Accidental Death opens in July 1937, Doug has completed his immersion program and moved on to his dream job as intelligence officer on a naval vessel in the Yangtze fleet. His new position takes him away from Shanghai more than he likes, but it remains his home port. He’s eager to disembark and reunite with his beloved Lucy Kinzler and his cohort of friends. But soon a crewman from Doug’s ship is killed under mysterious circumstances and the Fleet Admiral charges Doug with solving the crime. Once again, Doug must place duty above pleasure—this time in the midst of an ongoing battle between the Japanese Navy and the Chinese National Army for the control of both Shanghai and Beijing. 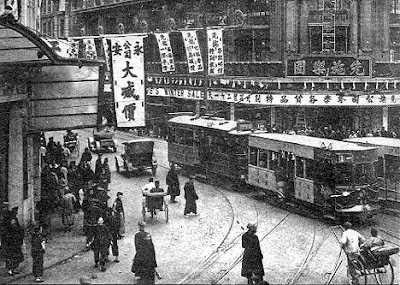