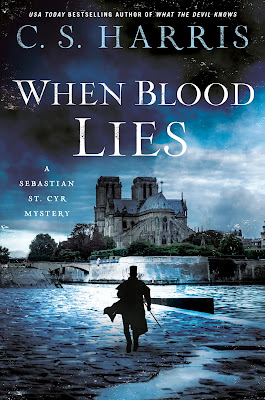 Fans of Sebastian St. Cyr, Viscount Devlin, will know that the individual tales that form his saga combine complex, fast-paced, often political mysteries with a series of revelations about his family’s history that it would be churlish to reveal in a post like this. All this takes place against the background of the Napoleonic Wars, mostly in Regency-era London with its vast social gap between the aristocratic rich and the starving, crime-ridden poor.

In When Blood Lies, the seventeenth installment, Sebastian’s encounter with his own past is particularly poignant. With Napoleon incarcerated on Elba and Europe at peace, Sebastian sees the perfect opportunity to seek out his long-lost mother (this information is itself a bit of a spoiler, but it’s included in the book’s short description), Sophia. So he travels to Paris in the hope of engineering a reconciliation with her or at least obtaining answers to his questions. He has no sooner established her whereabouts, however, than he stumbles over her body on the river bank near the Pont Neuf. She manages to say his name, proving that she recognizes him, then loses consciousness.

Sebastian has Sophia carried back to the home where he’s staying with his wife and children, only to watch his mother die before she can say anything more. In the interim, he discovers that she was murdered. He urges the local police force to find her killer, but with the Bourbons in charge of Paris, the police have little interest in tracking down the murderer of someone they consider a loose woman—and one associated with Napoleon, to boot. So Sebastian and his wife are on their own, determined to solve a murder that the local authorities refuse to acknowledge in a foreign city rife with political tension and rumors of Napoleon’s imminent return. 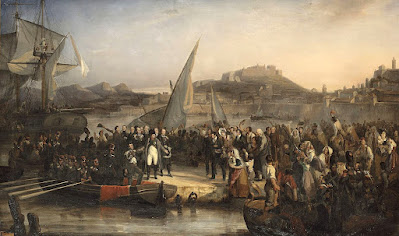 For reasons outside my control, I ended up reading this series out of order, which I do not recommend. Each book builds on the one before, and you will enjoy them most if you start with What Angels Fear and go from there. But even out of order, this is a remarkable story, not just engaging but engrossing, not to say impossible to put down. The murders themselves tend toward the gruesome (When Blood Lies is an exception in that regard), but you can skip over those parts and focus on the mystery or, if all else fails, Sebastian’s complex and constantly evolving interactions with the members of his immediate family.

Read on to learn more about the series and its main characters from the author herself.

This is Sebastian’s seventeenth adventure, although only four years have passed since we first met him in What Angels Fear. Before we get to him and what we can safely reveal about this story, where does the inspiration for the whole saga come from?

Because my PhD is in 18th- and 19th-century European history, I knew I wanted to set my mystery series in that period. My particular area of expertise—France in the Revolutionary and Napoleonic eras—struck me as just too depressing. So I thought, why not move across the Channel to Regency England? With Sebastian, I can explore the era’s social tensions, intellectual and creative developments, and political and military developments, but in a setting that isn’t as brutal or emotionally wrenching as, say, Paris in 1793. As for Sebastian’s personal saga, that just came to me over time as I lived with him, his family, and his friends in my head for a few years.

Sebastian himself is the central figure. Talk a little bit, please, about his somewhat unusual abilities and why you decided to assign them to your hero.

When Sebastian was still just an idea in my head, my daughter was a freshman biology student and volunteered to take an extensive DNA test for extra credit. They told her she had something called “Bithil Syndrome” (this came over the phone from an excited seventeen-year-old, so I could have the spelling wrong). It’s characterized by extremely keen hearing and eyesight, the ability to see well in the dark, and quick reflexes—all characteristics I’d noticed in her from the time she was little. So naturally I thought, What a cool syndrome to give a hero. I’ve been accused of making it up, but I didn’t; most people don’t realize there are thousands of rare syndromes that don’t come up in Google. (That daughter, BTW, is now a flight surgeon in the USAF.)

And what can you tell us about Sebastian himself? He’s been through some tumultuous times since that first novel.

When the series begins in early 1811, Sebastian is very damaged by the things he has seen and done in the war. For Sebastian, bringing justice to the victims of murder becomes a path to atonement. But at the same time as he is struggling to come to terms with his past, he must also deal with a series of truly shocking revelations about his mother, the man he thought was his father, and the woman he has long loved. So over the last four years of his life, he’s done a lot of growing and changing. It’s one of the things that helps keep it interesting for me as a writer and—I hope—for my readers. 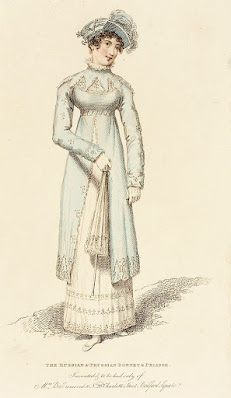 Anyone who reads the book blurb for When Blood Lies will know that Sebastian is married by now. His wife, the former Hero Jarvis, is an interesting character in her own right. Tell us a bit about her background and her personality.

I really love Hero. I suspect in many ways she’s the woman I would like to be. She’s very tall (I’m really short) and has an enviable, unflappable sense of who she is. Her father, Jarvis, is Sebastian’s nemesis, so she sometimes finds herself caught between two people she loves. And she has more than a touch of her father’s ruthlessness in her, too, although she combines it with a sense of social responsibility and empathy he utterly lacks.

And what brings Hero and Sebastian to Paris in March 1815?

When the series begins, Sebastian thinks his mother is dead, that she was lost in a boating accident when he was 11. But by 1815 he knows the truth—that she ran off with a lover. Since that discovery he’s been looking for her, to ask her for the answers to some very important questions. Now that the war is over (or so everyone thinks) and their son is old enough to comfortably make the journey, he and Hero join the hordes of British aristocrats who at that time were flocking to Paris—which is where Sebastian has learned she’s now living with her lover, one of Napoleon’s generals.

The background to the whole series has been the Napoleonic Wars. At the beginning of this novel, Napoleon is in exile on Elba, but it’s not a spoiler to say he doesn’t stay there. How does his escape affect the atmosphere in Paris and your characters’ lives at this particular moment?

This aspect of When Blood Lies was intriguing to write. At first there are rumors that Napoleon is planning a return, but almost everyone expects him to fail spectacularly if he tries (these reactions are all historically accurate and taken from the letters, diplomatic dispatches, newspapers, and memoirs of the time). Then, once news of his escape reaches Paris, everyone still thinks it’s basically a joke, that he’ll quickly be stopped. They keep thinking this for days. So as Sebastian is frantically trying to figure out who killed his mother and why, Napoleon keeps getting closer and closer (remember, news traveled slow in those days), until people start to panic and everyone from the British ambassador’s wife (the Duchess of Wellington) to the recently restored Bourbon king frantically try to flee Paris. It’s human nature when the “unthinkable” starts to happen—whether it’s a pandemic spreading rapidly around the world or a sociopath making moves to take over a modern democracy—there is this tendency for people to think, “Oh, it can’t happen.” Except that it can and frequently does.

This novel just came out, but as we know, publishing takes a while. What are you working on now, and will there be an eighteenth Sebastian St. Cyr mystery?

I’m currently finishing writing the eighteenth Sebastian St. Cyr. I should have been done by now, but my house in New Orleans was wrecked by Hurricane Ida and I’ve spent the last six months repairing it, traveling back and forth between Louisiana and Texas, and moving into a new house in San Antonio. But the book will still be out in 2023, so no worries! 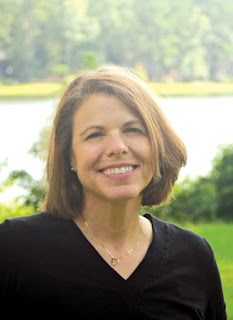 Candice Proctor, aka C.S. Harris and C.S. Graham, is the USA Today bestselling, award-winning author of more than two dozen novels, including the Sebastian St. Cyr Regency mystery series written under the name C.S. Harris, the C.S. Graham thriller series co-written with Steven Harris, and seven historical romances. She is also the author of a nonfiction historical study of women in the French Revolution. Find out more about her and her writing at https://csharris.net.