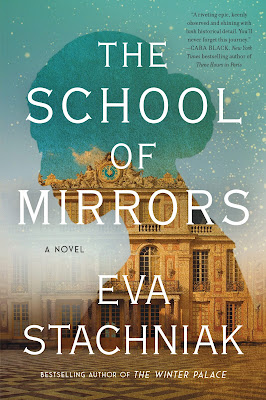 The French Revolution is not at present quite the publishing powerhouse it has sometimes been, but it still draws a good deal of attention. It’s such a dramatic setting, so it’s no wonder that many novelists succumb to the lure. I myself set The Not Exactly Scarlet Pimpernel there—or at least in a virtual version of there—before turning my focus to sixteenth-century Russia and the steppe.

Eva Stachniak’s The School of Mirrors ends with the Terror, but it opens in Paris a good forty years before the forces of reform become radicalized, in the wildly extravagant court of Louis XV (r. 1715–1774). The king, approaching forty, has an official mistress, Madame de Pompadour, who no longer wants a physical relationship. She does, however, want to ensure that no one who replaces her in the king’s bed can threaten her position as the main power behind the throne. So she endorses a scheme to lure innocent girls, no older than thirteen or fourteen, out of poverty and into a school that will train them to sate the king’s appetites. 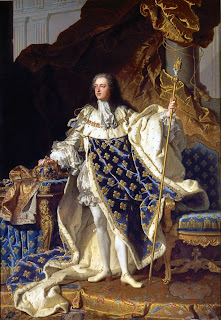 As Eva Stachniak explains during our New Books Network interview, her heroine Véronique has a real antecedent, although this story is fiction. And as in real life, the heroine’s brief relationship with the king has consequences that both spool out into history and reveal the callousness and excess that lit the flames of revolution.

France in 1755 is a country of extremes. The streets of Paris are filled with the poor and downtrodden, whereas just a few miles away lies the Palace of Versailles, with its renowned Hall of Mirrors where courtiers under the eye of Louis XV while away the hours amid endless extravagance. Once known as Louis the Beloved, the king has steadily lost ground with his people, and even his long-term relationship with Madame de Pompadour has entered a new phase. To retain her power and appeal to the king’s changing appetites, Madame enlists the help of Dominic-Guillaume Lebel, Louis’s valet de chambre. He sets up a school in Deer Park (Parc-aux-Cerfs), near the palace, where carefully selected thirteen- and fourteen-year-old girls from poor families can master basic literacy, painting, music, dance, embroidery, manners, and court protocol. Those who succeed in pleasing the king leave with a dowry and an income for life. Even those who fail receive some kind of financial settlement. 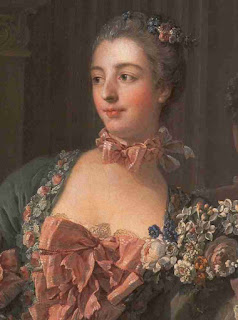 Véronique Roux, a printer’s daughter fallen on hard times, enters the school and does well—until a chance remark leads to her hasty dismissal. Years later, a little girl named Marie-Louise—who, as we know from the book jacket, is Véronique’s daughter, sired by the king and wrenched from her mother at birth—is summoned to Versailles and turned over to two of Madame de Pompadour’s servants for her education. Marie-Louise wants nothing more than to find the parents who abandoned her, without knowing who they are, and through her story we see the connections of Louis XV’s failures as a ruler and how they lead to the French Revolution in 1789.

Eva Stachniak takes the element of the real-life school at Deer Park and builds it, through the fictional characters of Véronique and Marie-Louise, into a powerful indictment of both a monarchy in decline and the radicals who sought to overthrow it at all costs, even when their initial idealism caused them to turn against one another. 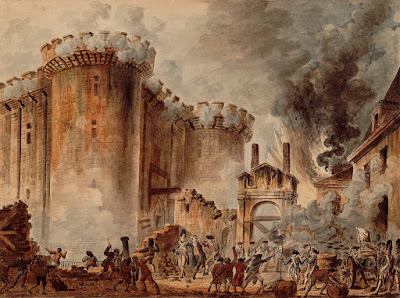