I’ve always considered Death on the Nile—currently a blockbuster movie, following on the recent success of Murder on the Orient Express—one of my favorite Agatha Christie novels. Both stories are versions of the closed-room mystery, where the number of suspects is constrained by circumstances (a boat on the river, a train trapped in a blizzard) and tension rises as it becomes increasingly clear that anyone may be guilty and the innocent cannot escape from the killer.

As Erica Ruth Neubauer notes in my latest New Books interview, all three of her Jane Wunderley novels use this format to a degree, but none more so than Death on the Atlantic, where Jane and her love interest, Redvers, embark on a trans-Atlantic cruise. Their task is to unmask a spy, who may be either passenger or crew, but Jane soon becomes involved in helping a fellow passenger who is being, in modern parlance, “gaslighted” into believing that her missing husband never existed. Jane knows that’s not true—she saw them together—but given the fellow passenger’s reputation for elaborate pranks, what actually happened remains far from clear. What does soon become clear to Jane, though, is that even on a large boat, making enemies on a ship when there’s a killer aboard and no way off except over the side into the freezing ocean is not good for one’s health. 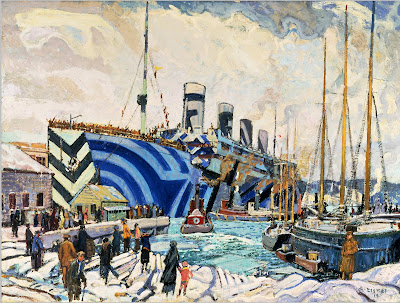 From the years leading up to and into the French Revolution, we move forward in time to 1926. Jane Wunderly, who left her home in the United States earlier in the year on a journey that took her first to Cairo, then to the English countryside, is heading back home in the company of Redvers, the enigmatic businessman she first met in Egypt. In fact, she is posing as Redvers’ wife—or should we say, he is posing as her husband, because they go by the name of Mr. and Mrs Wunderly—even though Jane has decidedly ambivalent views of matrimony, the result of bad experiences in her past.

Despite her doubts, Jane enjoys being included in Redvers’ current mission: to identify a  spy reported to be traveling on the Olympic, the magnificent sister ship of the Titanic. The settings are luxurious, the gig comes with magnificent clothes supplied by Redvers’ employer, and the biggest threat to Jane’s peace at first appears to be Miss Eloise Baumann, a loudmouthed New Yorker who dominates every conversation. But the ship has barely left port when Jane encounters an heiress who claims to have lost her husband—on board the Olympic, in the middle of the Atlantic. No one else wants to help, and even Redvers tells Jane to keep out of it and concentrate on the spy. But Jane is determined to solve both mysteries, and soon she has to wonder whether every trip to the deck will end with someone pitching her overboard

Erica Ruth Neubauer mixes a gift for creating complex and engaging mysteries with a delightful sense of humor. To avoid spoilers, I recommend starting with Murder at the Mena House and reading forward, but all three of these novels are well worth your time. 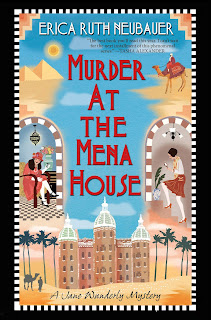 Painting of the HMS Olympic by Arthur Lismer, public domain via Wikimedia Commons.