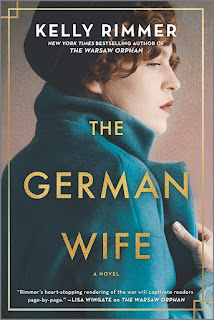 At the heart of the best fiction—especially that devoted to that mammoth physical and moral catastrophe that was World War II—stands a question: what would we do under such circumstances? No matter that the vast majority of us struggle to handle—at times even to acknowledge—the moral dilemmas of our own time. We can hope that we might have done better in facing the conflicts of the past.

But then, the best way to explore potential scenarios is one that inflicts no permanent harm. As Kelly Rimmer notes in this week’s interview, fiction offers “immersive empathy,” allowing us to experience the struggles of others and test out potential solutions to problems that we hope never to face. Rimmer’s The German Wife, released just ten days ago, does exactly that. By contrasting the experiences of one woman who, although not a Nazi sympathizer, lives through and even to some extent profits from Hitler’s rise to power with those of another who survives a hardscrabble childhood in drought-ridden Texas, Rimmer pushes us to think more deeply about how small accommodations made in the moment can in the end support a despotic, immoral system—a lesson important for any age, including the present. Read on to find out more.

What was the inspiration for this novel about German rocket scientists after World War II?

I live in Australia, a few hours’ drive from the Parkes Observatory, one of the sites involved in the relay of video footage which enabled the first moon landing to be televised. In 2019, I went to a festival at the telescope to commemorate the fiftieth anniversary of the moon landing. As I wandered the event with my children, I found an exhibit about the history of the US space program, and that’s where I discovered the involvement of German scientists. The whole scenario seemed incredible—just a handful of years after Germans and Americans were on opposite sides of a brutal war, they came together to develop rockets? My curiosity flared, and I soon discovered Operation Paperclip and all of the complexities around it. This book is a direct result of the research rabbit hole that curiosity sent me down!!

When we meet Sofie Rhodes, the German wife of your title, it is 1950. Where is she at this moment in her life?

We meet Sofie just as she’s arriving in the United States, and we learn at the outset that although she’s a mother to four, only two of her children are with her. She’s been separated from her husband for five years, and she’s anxious about the changes they have each undergone in that time—can their marriage be a happy one again after everything they’ve been through? Sofie is deeply conflicted—grateful to have a fresh start in America but also shamed by some of the events of her past and unsure if she deserves the grace she’s been offered.

And who is she, by which I mean how would you describe her personality?

Sofie is the daughter of a German aristocrat, and for much of her life she has taken her family’s wealth for granted.  Only after her father’s death in the early 1930s does Sofie learn that her family’s financial circumstances are more tenuous than she could have imagined. She’s grown up alongside a wealthy Jewish family, and their eldest child, Mayim, has been her best friend since kindergarten. By the time we meet her in 1950, Sofie has lived through extreme “ups” and “downs,” and she’s evolved into the kind of woman who will do whatever it takes to keep her family safe. 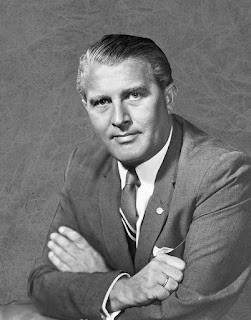 We see her husband, Jurgen, mostly through her eyes. But what you can tell us about him, including what brought him to the United States?

Although the character of Jurgen is entirely fictional, his career trajectory loosely follows the career of a real-life German rocket scientist, Wernher von Braun. Jurgen is a man who is passionate about science and progress, and equally passionate about his family. The Nazis ultimately weaponize these things against Jurgen to force him to work on their fledgling rocket program. He is brilliant, but he also believes it’s his role to shelter his wife and children at all times, and that leads him to make some questionable choices along the way.


In this new, postwar stage of his career, Jurgen works for Calvin Miller. Miller’s wife, Lizzie, is your other female narrator. Her story is intersposed with Sofie’s. Why did you choose to include Lizzie’s perspective?

This was always going to be a book about the intersection of the American community with the German families who came to live at Huntsville to work on the space program, but there were so many fascinating scenarios I could have written about from the American side! Having lived through some extensive and brutal droughts on the land in Australia, I’ve wanted to write about drought for a long time. It's a particularly wearying natural disaster—like a slow-motion catastrophe that’s completely beyond the control of its victims, and the mental health toll that takes can be every bit as dire as the physical effects. Probably because of the things I’ve witnessed through extended droughts myself, I was drawn to the idea of writing a character who finds her entire life transformed by those shocking dust bowl years.

To put it mildly, the two women don’t get along. What can you tell us about that?

When we meet the women, Lizzie is caring for her brother Henry, who has been acutely psychologically injured by his experiences in the European theater of the war; Sofie arrives in Huntsville with a truckload of baggage from her own experiences on the opposite side of the same war. In these polarized times, I loved the idea of writing about two women who meet and both have legitimate points to make but get caught up in arguing their point and forget to find the humanity in their “opponent.”  I wanted to write a story about two women who were instant enemies, but who might have been friends had they met under any other circumstances.

As you mention in your historical note, these are morally complex characters, whose justifications are sometimes difficult to accept. That’s part, I think, of what makes the novel so engrossing. But without giving away spoilers, what made you decide to tackle this subject head-on?

I have always loved fiction that delves into the grey areas. Few things in real life are truly simple or universal, and so I love to read and write books that explore scenarios that make us wonder “but what if …” or “but what would I do if that was me?” The true power of fiction is that it is a kind of immersive empathy—it can take us deeper into ourselves, even as it’s taking us out of ourselves.

What made this book so challenging to write was that I knew my readers would view the story through the lens of 2022, when we all understand the historic events that happen parallel to my fictional story. My characters have no such advantage—they are just making choices day by day, trying to protect their loved ones and to survive challenging times. I wanted to write characters my readers could empathize with, but we should feel conflicted about some of the choices they make along the way. If I’ve done my job right, we should even come away wondering where they went wrong, and if we’d actually have the moral courage to make different choices for ourselves.

I’ve just about finished the first draft of an as-yet-untitled novel which will hopefully come out in 2023. It’s a story about some of the heroic women of the Special Operations Executive during World War II. 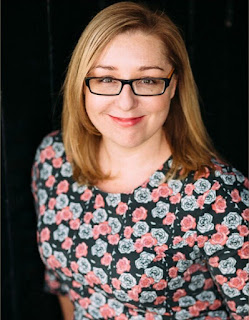 Kelly Rimmer is the New York Times, Wall Street Journal, USA Today, and worldwide bestselling author of contemporary and historical fiction, including The Warsaw Orphan and The German Wife. Find out more about her at https://www.kellyrimmer.com.

Images: Portrait photo of Wernher von Braun and snapshot of the rocket scientists of Operation Paperclip in the late 1940s, public domain via Wikimedia Commons