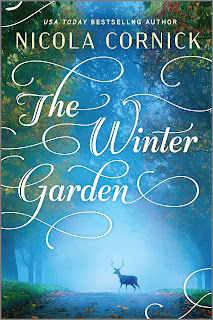 Although I write about the sixteenth century myself, I’m glad to see the publishing world’s obsession with Tudor England stretching to include the years that followed the death of Elizabeth I. Nicola Cornick’s latest novel, The Winter Garden, begins in the last decade of Elizabeth’s reign but centers around the 1605 plot to assassinate King James I, the formerly Catholic James VI of Scotland who converted to Protestantism to take the English crown and unite his  country with its southern neighbor. Catholics, who had been much discriminated against under the Tudors—despite Elizabeth’s reputation for religious tolerance, as Cornick notes in our New Books Network interview —hoped for better treatment under James only to suffer disappointment. The Gunpowder Plot was their revenge.

But the personalities involved were far more complex and fascinating than the clichés passed down about them, as personalities always are. Cornick brings them vividly to life, exploring an unsolved mystery of who betrayed the plotters at the last minute and contrasting their lives with her modern heroine, Lucy Brown, who becomes caught up in their problems even as she struggles to find a solution to her own. Read on to find out more.

In her novels, Nicola Cornick blends a modern perspective with a historical mystery and a paranormal connection between the two. The Winter Garden revolves around the infamous Gunpowder Plot of 1605, known to every British schoolchild as the origin of Guy Fawkes Day, celebrated on November 5 with fireworks, bonfires, and bobbing for apples, among other things.

In the contemporary portion of the novel, Lucy, an internationally renowned concert violinist, has suffered a health crisis that strips her of her ability to perform. Facing the death of her career, she takes the opportunity to recover at a rural English estate. There she experiences bizarre dreams in which she appears to inhabit the body of a Tudor-era woman named Catherine, even as she is increasingly pulled into a relationship with Finn, an archeologist working on the gardens of the estate. 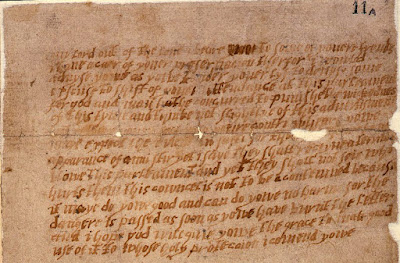 Alongside this modern story, we follow the events leading up to the Gunpowder Plot, told by Anne Catesby, the mother of the main conspirator. At first, past and present seem far apart, but as the novel progresses, the links between them become clearer and stronger. Anne and Lucy are both strong, determined women fighting circumstances beyond their control—for very different reasons—and they hold our attention to equal degree as they variously navigate the origins of the Gunpowder Plot, the fate of the Knights Hospitaller, and the discovery of a long-hidden treasure in a Tudor garden.

Images: Contemporary engraving of eight of the Gunpowder Plot conspirators, including Robert Catesby and the anonymous letter that reported them to the authorities public domain via Wikimedia Commons.