Interview with A. E. Wasserman 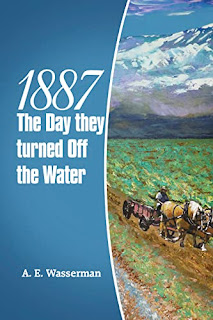 As must be clear by now, I am not a natural on social media. But one element of my limited involvement in Facebook, in particular, that has brought me joy is the opportunity to connect with other writers whose work I might otherwise never have encountered. A. E. Wasserman—the author of a historical mystery series featuring Lord Langsford, a rather troubled but gifted and personable British nobleman, as well as many other novels—is one example.

I first encountered Lord Langsford in The Notorious Black Bart 1883: The Journey Back, Wasserman’s delightful and light-hearted attempt at recreating a dime novel. I then moved forward in time, through books set in 1884, 1885, 1886, and 1888. I enjoyed them all, and I am delighted that their author agreed to answer my questions. Her 1887 The Day They Turned Off the Water has just come out, but by reading on, you will also find out more about Langsford, his series, and how it came to be.

You mention in your author’s note that you’ve been writing fiction since you were fourteen. How did you come up with the central character of this series, Lord Langsford?

Originally, I had a tale to tell, and sadly, it was turning out to be a very boring one. I didn’t like it; I knew my readers wouldn’t. I was struggling. Then one night at 2 am (I write at night) this person elbowed his way into a carriage, barging into the scene. Interrupting.

I couldn’t see this rude stranger very well. Old? Young? Fat? Skinny? He was very blurry. But I kept writing, and he slowly came into focus: peerage; young, handsome, a full six-feet, trim with a short-cropped beard and stylish mustache. As I got to know him, I soon realized the story needed this strong personality, Langsford. In fact, he took over the entire book—carried it so well that he was the one who started the Mystery Series. It’s all his fault.

Later, an intuit, after reading the first book, told me I was channeling a real person from long ago. Who knows? Certainly interesting to contemplate.

But I do know this: Langsford is much smarter than I.

What can you tell us about Langsford himself?

At the young age of eighteen, Langsford inherited his title and fortune from his father. He feels the pressure to carry on, have an heir, preserve the family fortune for future generations. He is a caring, sensitive sort, handsome, a dashing figure, but he struggles with who he is, what he wants, and what he must do.

Langsford is in love with someone he can never marry—remember, it is the Victorian Era, when everything and everyone must be perfect and anything less must be concealed (as opposed to now, when everything is revealed—often TMI). Thus Langsford proceeds to do and be what society expects him to do and be. He goes against his basic nature, but he has no choice, in spite of his ever-present internal conflict. It’s the Victorian Era.

The series alternates between full-length novels featuring Langsford and novellas that focus on other characters in your story world. What do you gain from varying your approach in this way?

The even-numbered years are full novels: 1884 No Boundaries, 1886 Ties That Bind, and 1888 The Dead & The Desperate. The odd years are spin-off novellas that ended up being written because readers wanted to know more about what happened to other characters—the “rest of their stories,” if you will. They weren’t willing to let go—the readers, I mean. And I suspect the characters weren’t either. There are many touchpoints between all the characters in the full novels. The feedback from readers regarding the novellas has been positive, and I’m glad to tell more stories about these secondary characters.

1887 is, like the other novels set in odd-numbered years, one of the books where Langsford is present only in the background. Introduce us, please, to Sally and explain her past association with Langsford.

One must go back to the novel 1886 Ties That Bind, where Langsford, visiting San Francisco, accidentally crosses paths with Miss Sally Baxter, a beautiful ranch gal who packs a pistol in her purse. This creates an exciting juxtaposition with an English Lord and a California rancher.

Sally is a force to be reckoned with, and Langsford is often dumbstruck by her. She certainly is outside any Victorian boundaries he is familiar with. Although taking place during the same years, the “Old West” is far not only in distance from Victorian London but from London’s society as well. To say much more about Sally and Langsford, well, sorry. Spoilers. 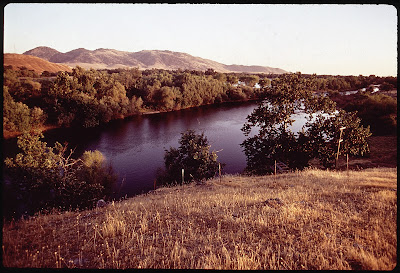 Who is Jake, and how does he get himself into trouble that affects Sally as well?

Jake owns and runs the Double Bar Ranch. When a gunman with a bad attitude shuts off the water source, an altercation between Jake and the bad guy ends up with the gunman dead. This sets off a story with exciting twists and turns and a lot of angst.

Remember Sally, the ranch gal with the pistol in her purse? Her parents originally owned the Double Bar Ranch, and now she and Jake do. It’s up to Sally to prove Jake’s innocence before he is found guilty and hanged, and the ranch lost. Can she? Will she?

Say a few words, please, about the importance of water in Jake and Sally’s world, especially at this moment in time.

Water was, and still is, the true “gold” in California. Rains and snows are seasonal with long dry summers. Today, as in 1887, irrigation canals and “ditches” deliver water from the rivers flowing with melted snows from high up in the Sierra Mountains.

As a matter of fact, when we had our horse ranch in the Sierras, there was a “ditch” (5 ft wide x 3 ft deep) that had been hand-dug in 1895. People in California depended, and still do, on canals and ditches. Water laws have evolved over the last 135 years, but the need for water continues. 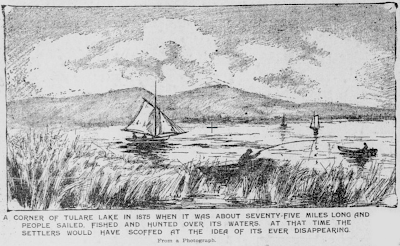 An important—and often unsettling—element in this novel is the racism directed at Native Americans and other people of color by nineteenth-century white society. Explain, please, who Kacha is and how discrimination worsens his situation—and Jake’s.

Historical fiction provides a natural compare/contrast between “then” and “now.”

Settlers were mainly Europeans who expected everyone to look and act just like them. Anyone else was deemed uncivilized, and the indigenous peoples weren’t considered “humans.” With both their numbers and technology, settlers and miners overpowered the tribes.

Kacha is a Tachi-Yokut, part of a group of tribes that ranged throughout California’s Central Valley and up into the Sierras, including the location where our ranch was. Because Kacha was present during the incident between Jake and the gunman, he was arrested. The law did not consider Kacha a person; he had zero rights—he couldn’t even testify for Jake. He was just a “digger injun.”

Border Collies play an important role in your novels and in your life. Please tell us a bit about that element of your work.

Every book has a Border Collie tucked within its pages, just as every book has a horse on its cover—a nod to all the beloved beasts I’ve had in my life. I’ve had both Border Collies and dressage horses for years, and I’ve written for both dog and horse magazines, often having my own column. Writing has been interwoven all along.

Today my current Border Collie, Topper, is my muse. As a matter of fact, he was actually born along the Settler’s Ditch that first appears in 1886 Ties That Bind. Did Langsford lead me to this nine-week-old pup? Who knows? Topper isn’t saying.

Topper and I hike high in the mountains where he “herds words” to me. I get most of my ideas when we are together on a 9,000-foot mountain. You can find him on Facebook as Topper The Muse. He now has a seven-month-old (unrelated) “sister,” Tess, who is whip-smart and keeps us both on our toes. 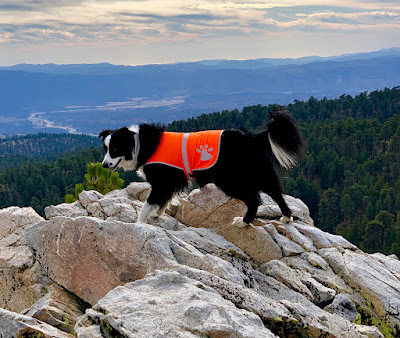 This novel has just appeared. Are you already working on the next, and if so, can you tell us anything about it?

I am always working on the “next” book. In fact, there are six more books either floating in my head, or as rough-drafts.

Book 4 in the Langsford Mystery Series is underway. I may just have a double helix plot going, with a dead guy along with some political criminals threading their way through it. We shall see what Langsford decides.

Sally proved to be such a strong character, that I’ve been told she needs her own “series,” so I may just do a trilogy with her. There definitely is a lot of “story” that swirls around Sally.

Finally there is a two-part saga set in the 1770s. I am working with an Irish historian on this tale. It is based on a delicious true story of an Irish lad, age fourteen, who was kidnapped by American Colonial sailors and dragged aboard their ship. When they land in Philadelphia, he jumps ship and runs—right into the American Revolution.

Do you think Border Collie Tess is helping Topper herd all these my way? I am “double-teamed.” Now for time to write them all! 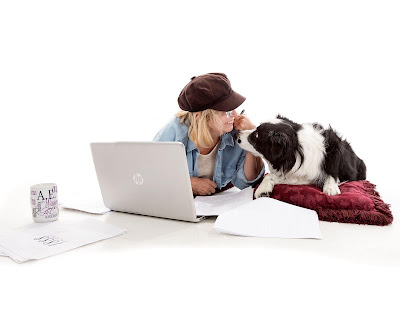 A. E. Wasserman is the author of the Langsford Mysteries, starting with 1884 No Boundaries. Find out more about her, her books, and Topper the Muse at https://aewasserman.com.