Another season, another review of the current state of my groaning bookcases. This is just a small sampling of the books I am enjoying or expect soon to enjoy as early fall gives way to November and the arrival of cold weather, if not actual winter. As it happens, they are all historical fiction, and three are historical mysteries. This is, of course, because I read extensively for my podcast, now officially ten years old. But I do read contemporary fiction as well. Most important from my point of view, I have reduced my reading of other people’s novels to proof Song of the Storyteller, the next book in my ongoing series, for publication early next year.

More on that soon. For now, here are some lovely books to enliven those lengthening evenings. 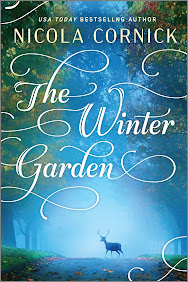 Nicola Cornick, The Winter Garden
(Graydon House Books, 2022)
As a child in the UK, I loved the fireworks and bobbing for apples and such that commemorated the foiling of the Gunpowder Plot in 1605. Guy Fawkes Day on November 5 is similar to Halloween in the US. This, the latest of Nicola Cornick’s dual-time novels, casts a very different, more revealing eye on the tensions that led to a Catholic attack on Parliament that would have destroyed a Catholic king if it had succeeded.

In the present, a violinist stripped of her performing ability by a virus struggles to find peace at a rural English estate where a pair of brothers have been trying to restore a lost Tudor garden. In the past, a determined woman does her best to prevent her son from taking a path that might destroy their entire family. Both stories are beautifully told, gripping, and believable, and I’ll be talking with Cornick next week for the New Books Network. 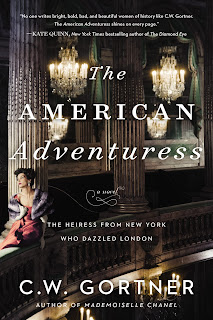 C. W. Gortner, The American Adventuress
(William Morrow, 2022)
I’ve enjoyed several of Gortner’s novels by now, and this latest is no exception. He has a gift for finding real-life women who have been overlooked or undervalued and revealing them in all their dramatic complexity. Here his subject is Jennie Jerome, the American heiress who became the mother of Winston Churchill as well as one of the many paramours of Bertie, Prince of Wales—the future King Edward VII of England. Jennie is by turns imperious, vulnerable, loving, self-centered, resolute, and blind to the negative impact of her own choices, but she is never less than magnificent. I look forward to chatting with her creator in December. 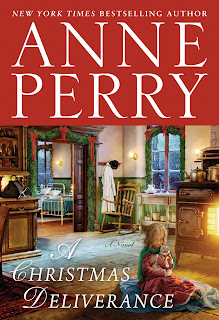 Anne Perry, A Christmas Deliverance
(Ballantine Books, 2022)
This one didn’t arrive in time for my holiday roundup three weeks ago, which is too bad. I have loved Anne Perry’s Thomas Pitt and Inspector Monk novels for many years, and I enjoyed the predecessor to this novella—last year’s A Christmas Legacy.

In this new one, a doctor who has worked his way up from poverty and a young girl he rescues fight to treat patients while the doctor who owns the clinic investigates a potentially abusive situation. I have no particular plans to cover it except through a NetGalley review, but I’ll have fun reading it even so. 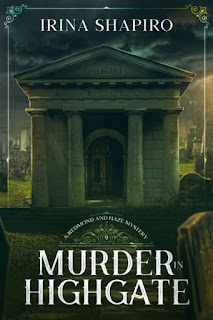 Irina Shapiro, Murder in Highgate
(Merlin Press, 2022)
Ninth in the Redmond & Haze mystery series, this novel has been on my tablet for a while as I cleared other books for interviews and blog posts—many of them listed here. If you haven’t encountered the series before, definitely start with the first, Murder in the Crypt, and follow them forward to avoid spoilers in the developing friendship between Jason, the earl of Redmond, and Daniel Haze.

Redmond is a US Civil War surgeon and a reluctant peer, so he assists Haze, an English police officer who has moved from London to the countryside at the beginning of the series, with post mortems and sleuthing. The books are fast-paced and intricately plotted, giving an excellent return on the investment of a reader’s time. You can find out more about the series from my interview with the author earlier this year. 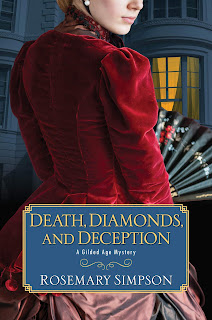 Rosemary Simpson, Death, Diamonds, and Deception
(Kensington Books, 2020)
Rosemary Simpson is another writer whose work had escaped me until her publicist dropped the latest in this, her Gilded Age Mystery series, on my doorstep a few months back. In preparation for a blog Q&A with Simpson right after Thanksgiving—#7 in the series, Death at Niagara Falls will be published on November 29—I read the first and third novels when they were on sale earlier this year.

This is the fifth, and I look forward to finding out more about the high-society heiress Prudence Mackenzie, her ex-Pinkerton sleuthing partner Geoffrey Hunter, and especially her autocratic Aunt Gillian, who in true Gilded Age fashion married into the English aristocracy as Lady Rotherton and has now returned to her native New York to assist—not to say torment—Prudence in finding a suitable husband. Naturally, those plans go awry, and soon Mackenzie and Hunter are knee-deep in jewel theft and murder.