Long-time readers may have noticed that I don’t write too many social media or marketing posts. That’s because I’m actually terrible at marketing. Between work and my novels and the blog and my podcast, I don’t have a lot of free time. But if I’m to be completely honest, I also don’t choose to spend much of the little free time I do have on marketing, even though I know from other people’s experience that it would help me sell books. As a result, I don’t have a lot of surefire tips to share with other aspiring writers.

Another discouraging reality is the speed at which the Internet Age changes: Facebook is hot, then it’s everywhere, then it’s passé and replaced by TikTok, which next year will no doubt give way to something else. It’s a full-time job just keeping up, never mind leaping ahead of the curve. And the more entrenched a writer becomes in one community, the harder it is to pick up and move to another, where the old relationships must be rebuilt.

That said, after nine years of publishing fiction, I have learned a few things about what works and what doesn’t. Since this blog goes beyond interviews with other authors (enjoyable as those are), news about my ongoing projects, and historical tidbits to include publishing, media, and marketing, I thought I would take today to mention some of the insights I’ve acquired.

Without this step, you have nothing to sell, yet it’s the one budding writers pay the least attention to. The joy of finishing is extreme, and I revel in it as much as the next person, but it’s a rare book that succeeds without extensive critiquing and rewriting. This is as true of novels being sent to a literary agent for representation as for those destined for self-publication in any form. Be prepared to write draft after draft before a first novel is done. After that, the process gets easier, but multiple revisions are still required to make a book sing.

Once you finish the writing, your project will need competent copy editing (and yes, most of the time, you get what you pay for), production, cover design, and e-book formatting. Only then should the question of marketing even arise.

2. Make use of existing contacts.

Sad but true: nothing beats a built-in audience. The journal I edit has acquired 2,500+ followers on Facebook and Twitter with posts that rarely exceed one per month. Why? Because people already knew about it. It took a decade to build that audience outside of social media, but once built, it transferred without so much as a hiccup. 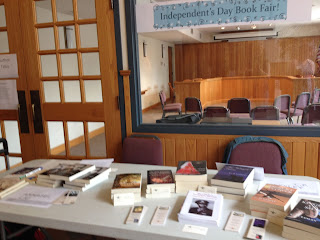 For writers starting out, that means emphasizing local events, like-minded friends, neighbors, and relatives. I know authors who have sold books through their hairdressers, and more power to them. I had some luck with my local libraries and the Rotary Club, although my best audience is other scholars in my field (the ones who rightly assume I don’t distort history in the service of fiction, although I have encountered a few skeptics). The advantage of the Internet Age is that everything is international, but that means billions of people trying to connect at the same time. The noise level alone tends to drown those starting out, although worldwide availability pays off in the end.

This extends from the point raised above: that social media change faster than haute couture fashion. There’s no hope of remaining on top of everything, but if you avoid social media altogether, you’re unlikely to get out of your own local box. 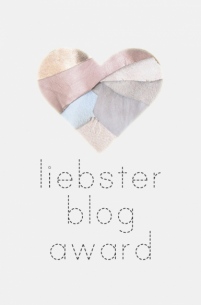 The solution is to pick one or two things you can commit to on a regular basis. For me, it’s my blog (steady, every week), Facebook (3–5 times a week with selected groups), and Twitter (same as Facebook with the addition of #1linewed—a group effort that invites writers to share one line of a work-in-progress that includes a word set by the coordinator each week; search for the hashtag to see it in operation). And, of course, my podcast interviews, which post 1–2 times a month and which I lucked into back in 2012, when podcasting was up-and-coming. Alas for others, podcasting is everywhere now, so if you pursue it, go with an established group like the New Books Network rather than starting out on your own.

For you, it may be TikTok videos or Instagram or something entirely new. The point is to try out various options until you find a half-dozen or so you like enough to keep up with them, then go for it.

I don’t mean this literally. If you have a group of trusted friends or avid readers who want to find out when each of your books sees the light of day, by all means let them know! That’s part of point 2, using the connections you have. My publisher sends press releases to people who sign up for them, and I forward those to friends and neighbors who have said they want to stay informed. 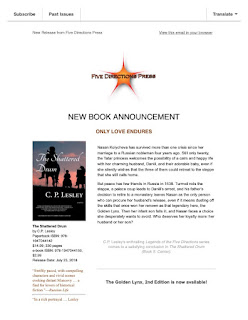 But I no longer bother with newsletters myself. Instead, I contribute to the group posts my writers’ coop produces. I can’t tell you how many times a week I’m inundated with unwanted “news” because someone got hold of my e-mail address and signed me up without my permission (which is illegal, by the way). I usually don’t bother to unsubscribe, because I prefer not to upset authors I may want to interview one day. I don’t read the newsletters, though, and seeing them irritates me. You’ll still see advice to keep lists of e-mail addresses in various author marketing venues, but think about it: who under 50 even checks their e-mail regularly these days?

This advice assumes you have an artistic sense, an understanding of fonts and copyrighted images, experience with publishing software, and an ability to write dramatic lines. If you don’t, find someone who does. But if you do, these are a lot of fun to create and give readers a sense of your book. They pull people in without being a hard sell, which is the secret to marketing in general. And you can rerun them on social media in sequences, providing useful memory joggers for those who may be interested but distracted by the many other calls for their attention. 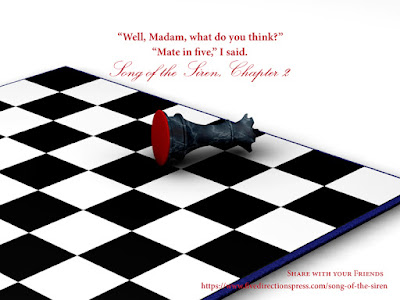 A similar approach—although I’ve never tried them—involves video trailers. My sense is that these work best if you already have an online presence and want to expand it. The technical demands are higher than those of book teasers, and there is more competition for eyes on a site like YouTube, whereas on Twitter and Facebook things flash past too quickly for anything with motion in it. YouTube also switches from one video to another in ways that make it hard to stay in touch with a single author even if you know who to look for. But other sites may be easier. If your mind naturally turns toward short videos, it would be worth experimenting to see what works for you.

There is, of course, a danger in being caught up in social contexts made up solely of authors shouting their wares to other authors. But authors are also readers, and they have high standards for what they embrace. They can leave wonderful reviews, tout you on their sites, interview you, endorse your books—in return for sharing the publicity, which helps them too. And in my experience, most authors are wonderful people. Sure, some refuse to help, but many love to assist those starting out. If nothing else, it’s good karma, and we can all use a bit of that.

It takes time to establish a reputation for producing good work, as noted above, as well as time to master the craft of writing. Once you do find readers, they will hope for more than one book. And with so many other prospects out there, you want to hook their attention while you can, so they will come back again and again. The only way to ensure that is to keep producing great books for them to read. Or, to paraphrase a well-known saying, “a writer’s greatest asset is her backlist.” So whatever happens, don’t give up. 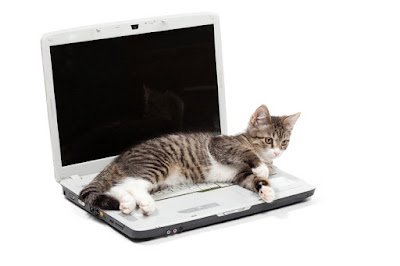 In the last nine years, I have published eleven well-regarded novels, produced well over 100 podcast interviews, written 400+ blog posts, and seen my blog readership go from 100 to 11,000 a month. Even so, I’m still waiting for my annual book sales to get out of the triple digits.

Some people would probably advise me to quit, but why would I? I don’t write to sell books; I write because I love watching and recording the developments in my fictional world. Sharing the results with others is just the icing on the cake. And if anything I’ve written here helps you, so much the better.

There are other avenues to get the word out that I haven’t mentioned, of course. Feel free to share your tips and suggestions in the comments below.

Images from various sources, many previously published on this blog (and attributed in the original posts) and all either purchased via subscription, copyrighted by myself, or sent to me for distribution (the blog award).